Holiness is a disposition of the heart that makes us humble and little in the arms of God, aware of our weakness, and confident – in the most audacious way – in His Fatherly goodness.

I pray with great faith for you, because I’m fully convinced that the One who began this glorious work in you will faithfully continue the process of maturing you and will put his finishing touches to it until the unveiling of our Lord Jesus Christ! 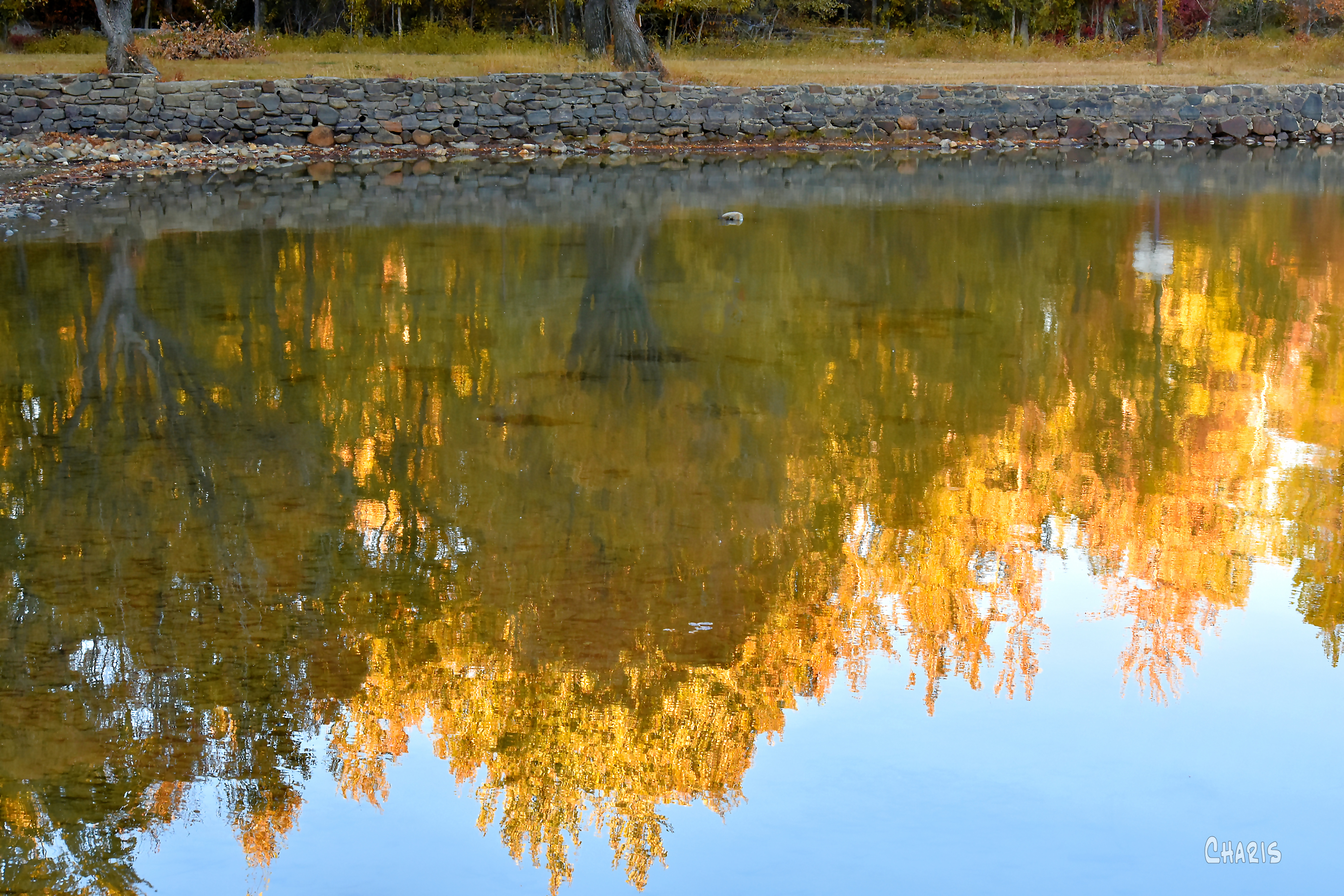 that nothing can ever separate us from God’s love.

Neither death nor life,

neither angels nor demons,

neither our fears for today nor our worries about tomorrow—

not even the powers of hell can separate us from God’s love.

No power in the sky above or in the earth below—

indeed, nothing in all creation will ever be able

to separate us from the love of God

that is revealed in Christ Jesus our Lord. 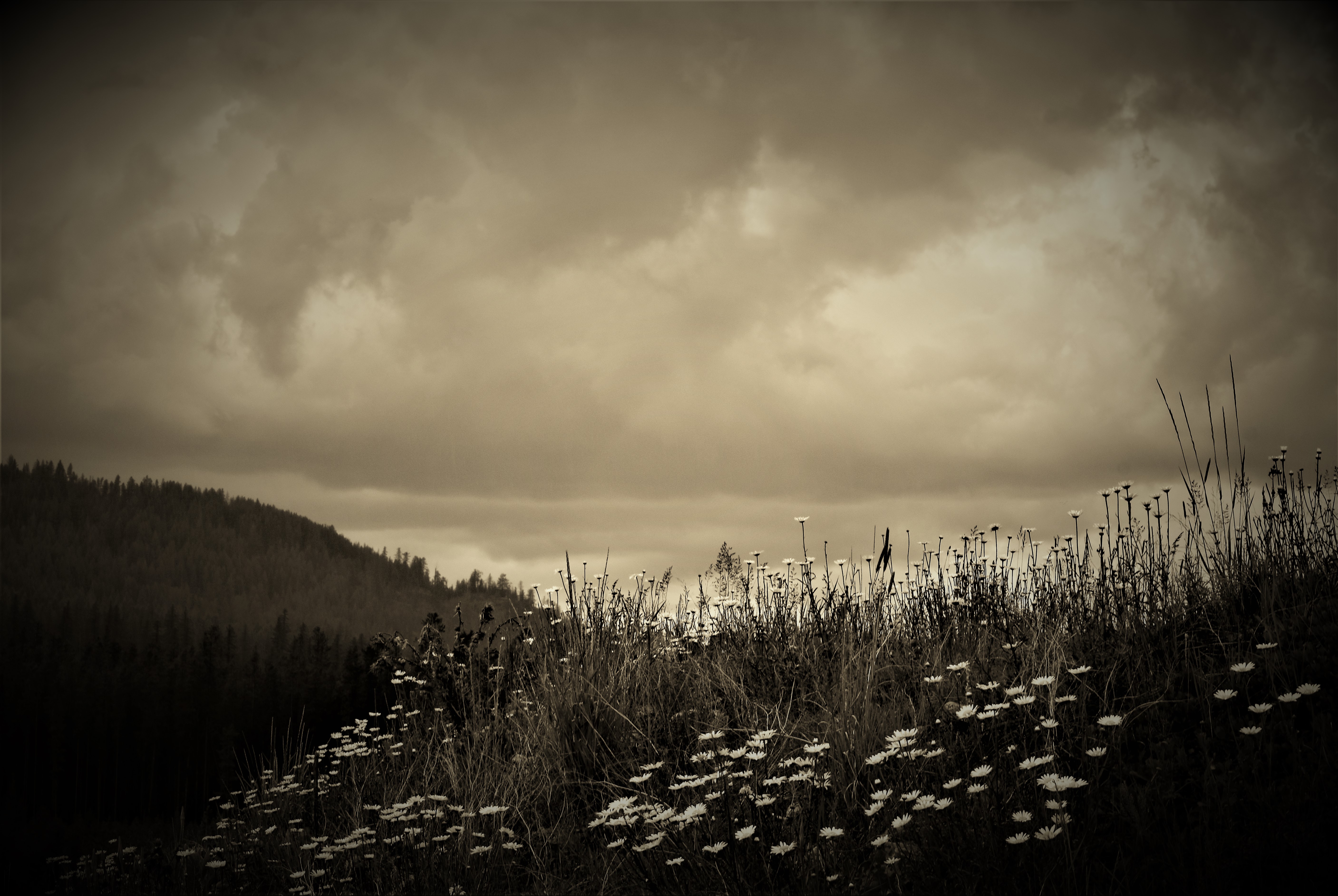 Looking back, I am unimpressed with the amount of time I spent trying to impress people who didn’t impress me. Sometimes you just need to bloom where you are planted while the storm rages.

It always blows over eventually.

Confident peace is a weapon they don’t understand. It frustrates them.

Fear and intimidation is a trap that holds you back.
But when you place your confidence in the Lord,
you will be seated in the high place. 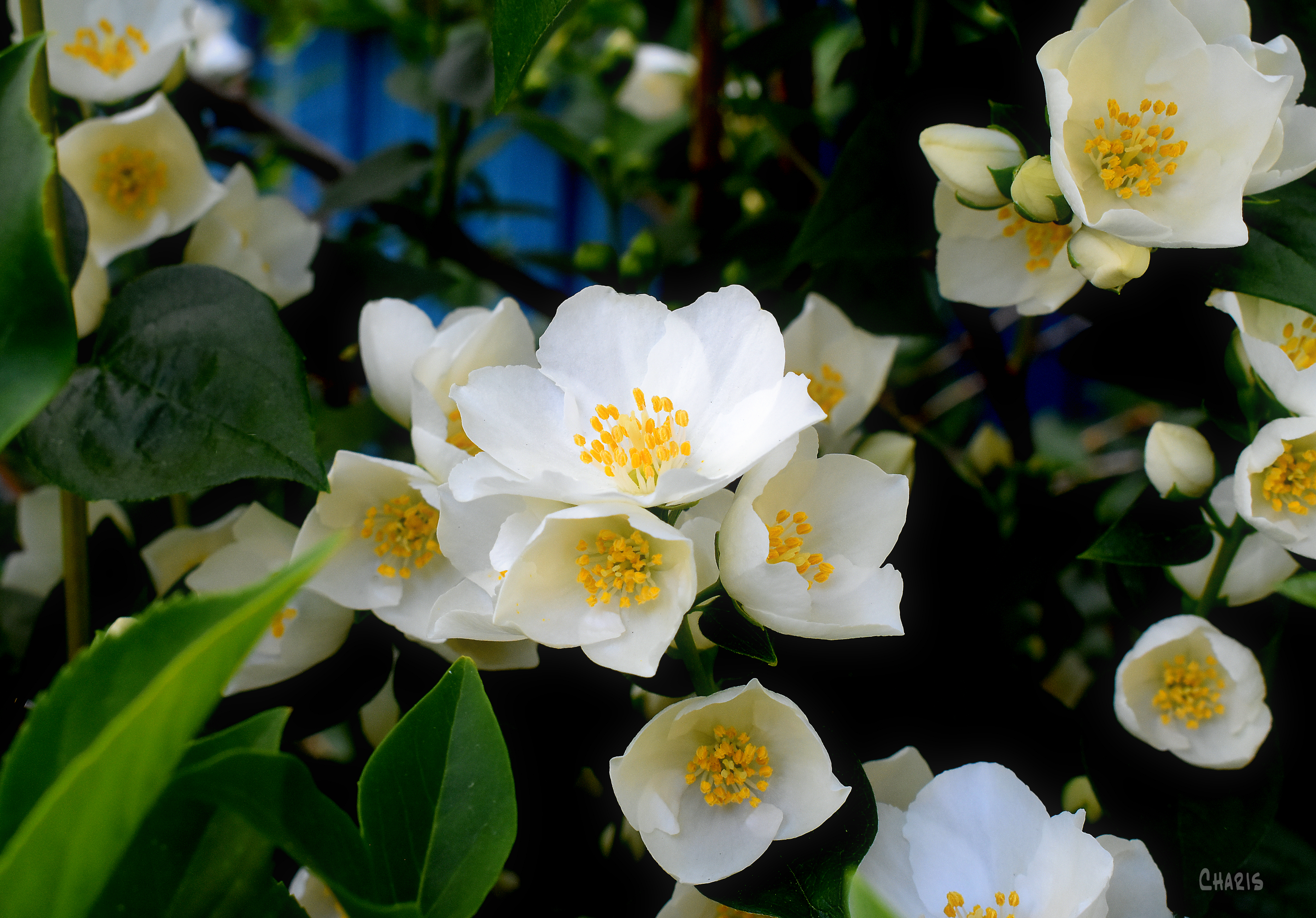 For the law has never made anyone perfect, but in its place is a far better hope which gives us confidence to experience intimacy with God! 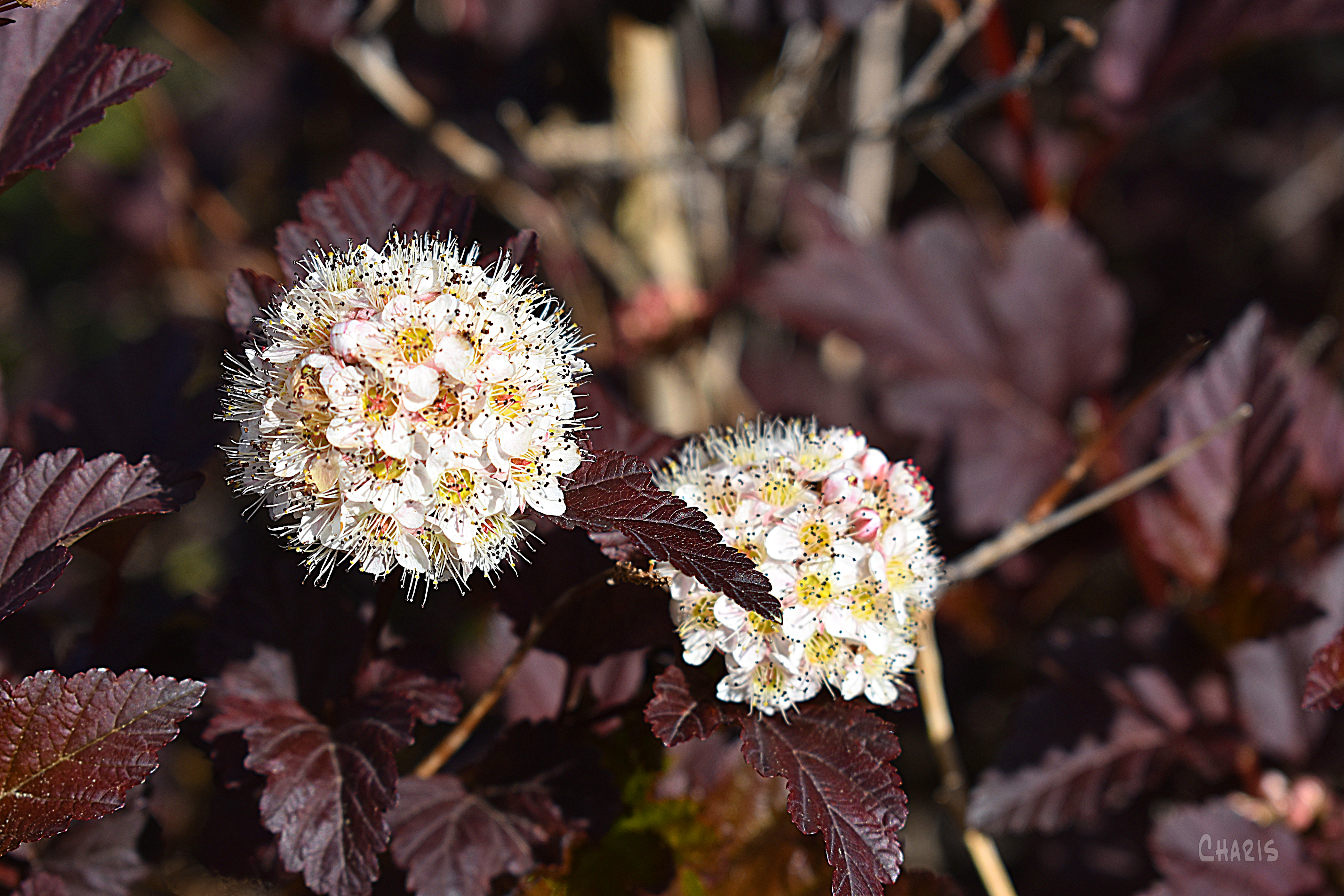 I almost walked past these little blooms on a low brown shrub. I don’t like brown. I spent years trying to rid my house of the brown walls, flooring and trim that was so trendy when we bought it. The experience left me with a dislike for brown décor and an aversion to popular fashion trends.

I wondered why anyone in a country prone to vegetation-killing frost almost three-quarters of the year would intentionally decorate their garden with a bush that looked so, well, humble compared to the colourful alternatives. When I slowed down to pay attention, I noticed the beautiful little intricate blossoms.

In dreams, the colour brown often represents humility. (Not always, of course. When God chooses to communicate through symbolic language he customizes it to take into consideration the connotations for the one receiving the dream as well as their willingness to follow clues.) In a culture that honours the right, even need of the individual to be “the winner,” the humble person who puts others’ needs before their own seems to exert little influence.

And yet God says over and over he is attracted to the humble.

We’ve heard Shakespeare quoted: “Be not afraid of greatness. Some are born great, some achieve greatness, and others have greatness thrust upon them.”

I wonder if, in the upside-down arrangement of the Kingdom of God, where the proud stumble regularly and last shall come first, it might be accurate to say: Don’t be afraid of humility. Some are born humble, some humble themselves, and some have humility thrust upon them.

I can tell you from experience it is better to humble oneself than to have humility thrust upon one, but a loving Fathers chastises when necessary if we continue to ignore his advice. “Humble yourself in the sight of the Lord and he will lift you up.” He’s serious about your character development.

The humble are not victims, or grovelling worms unworthy of attention, or door mats willing to be trampled underfoot by the ‘entitled,’ nor are they sympathy addicts who use their challenging circumstances to attract people who will take responsibility for them.

Truly humble people have the advantage of knowing who they are in God’s sight. They know they are loved and secure and have no need to push other people out of the way in the race to admiration and acceptance. They are accepted already. They can appreciate help and correction, but they don’t need the approval of people who compete.

The humble know that God is God and they are not. Their confidence (which may be mistaken for pride) is a result of their trust in their Creator. They can afford to lift another person up to become all they are meant to be. They can afford it because they have access to all the riches in their heavenly Father’s house. The truly humble have prosperous souls.

So I’m asking you, my friends, that you be joined together in perfect unity—with one heart, one passion, and united in one love. Walk together with one harmonious purpose and you will fill my heart with unbounded joy.

Be free from pride-filled opinions, for they will only harm your cherished unity. Don’t allow self-promotion to hide in your hearts, but in authentic humility put others first and view others as more important than yourselves.

Abandon every display of selfishness.

Possess a greater concern for what matters to others instead of your own interests. And consider the example that Jesus, the Anointed One, has set before us. Let his mindset become your motivation.

He [Jesus] existed in the form of God, yet he gave no thought to seizing equality with God as his supreme prize. Instead he emptied himself of his outward glory by reducing himself to the form of a lowly servant. He became human! He humbled himself and became vulnerable, choosing to be revealed as a man and was obedient. He was a perfect example, even in his death—a criminal’s death by crucifixion!

Because of that obedience, God exalted him and multiplied his greatness! He has now been given the greatest of all names!

Thank you, little brown shrub. I see you. 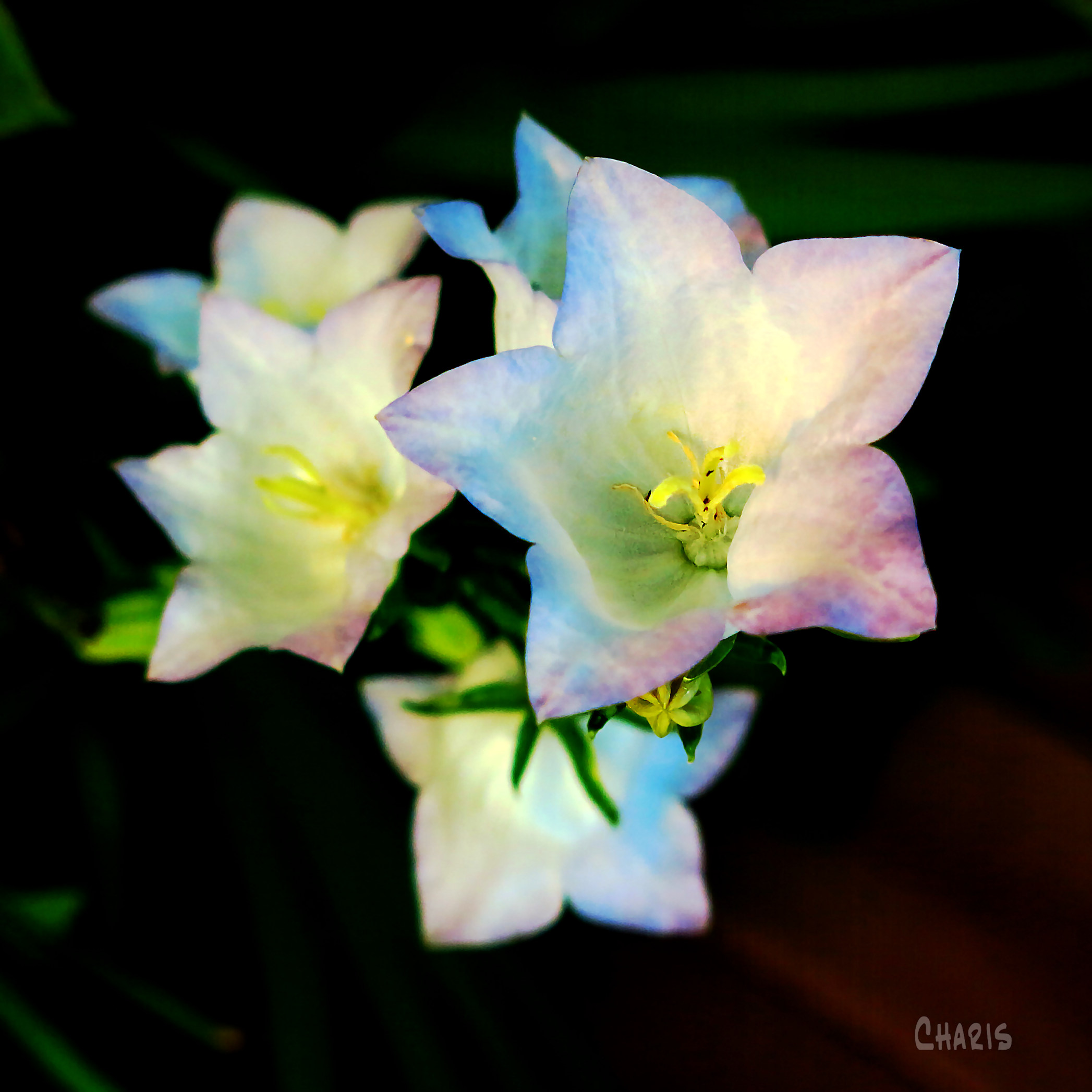 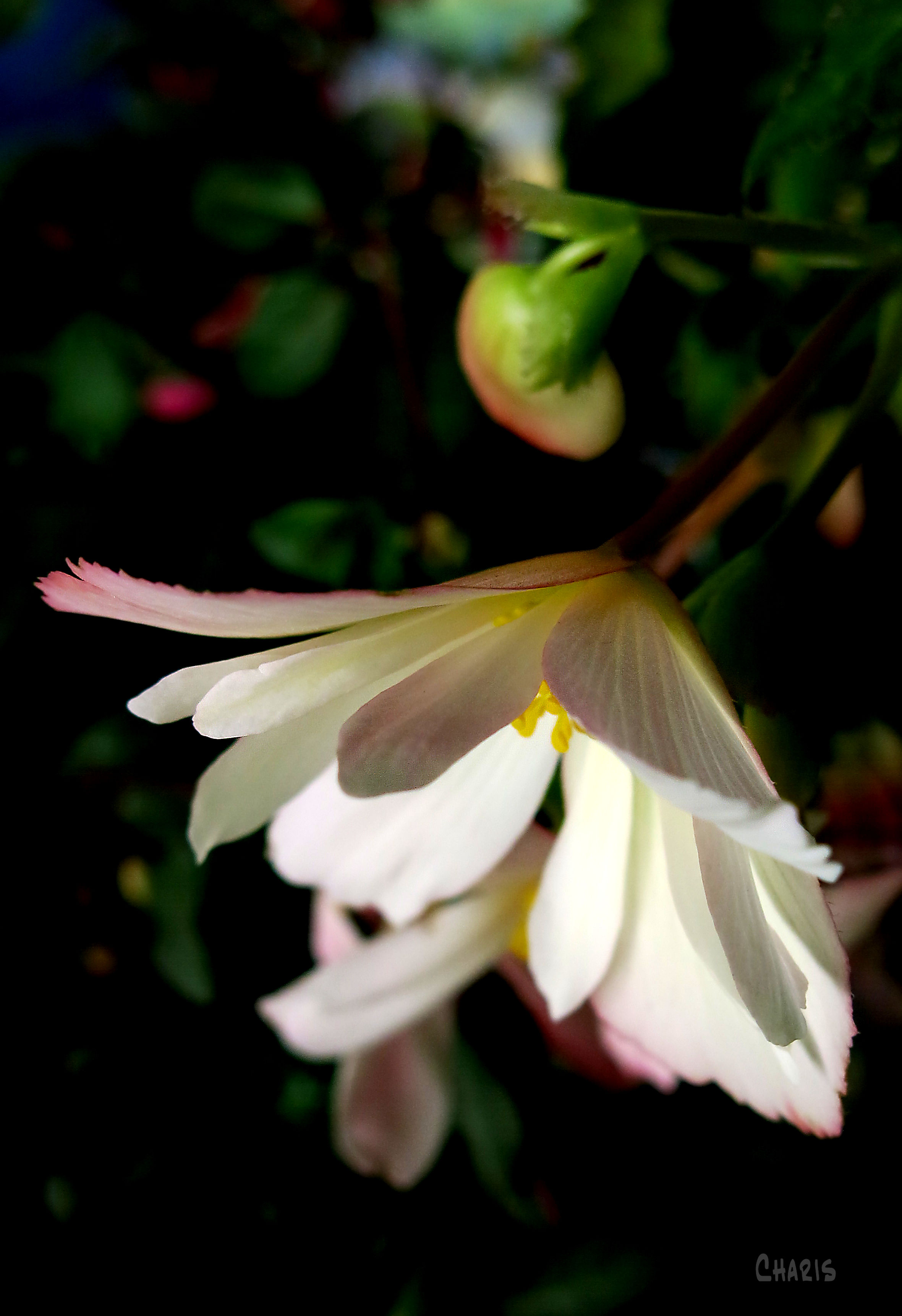 When evil people come to devour me,
when my enemies and foes attack me,
they will stumble and fall.

Though a mighty army surrounds me,
my heart will not be afraid.
Even if I am attacked,
I will remain confident. 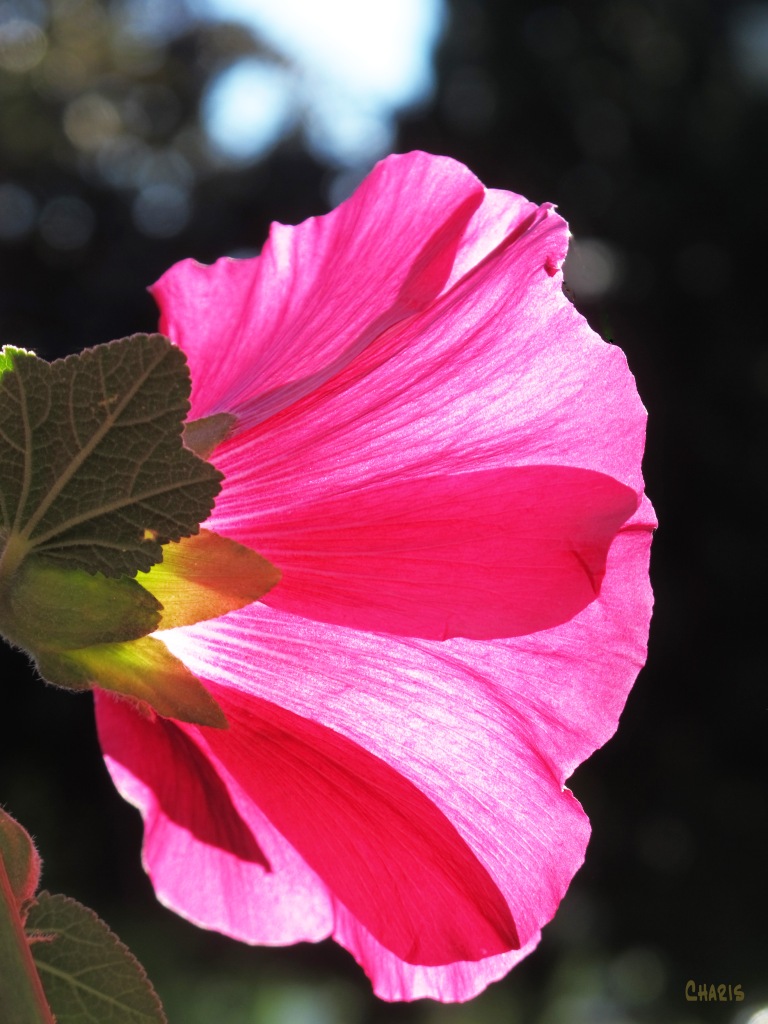 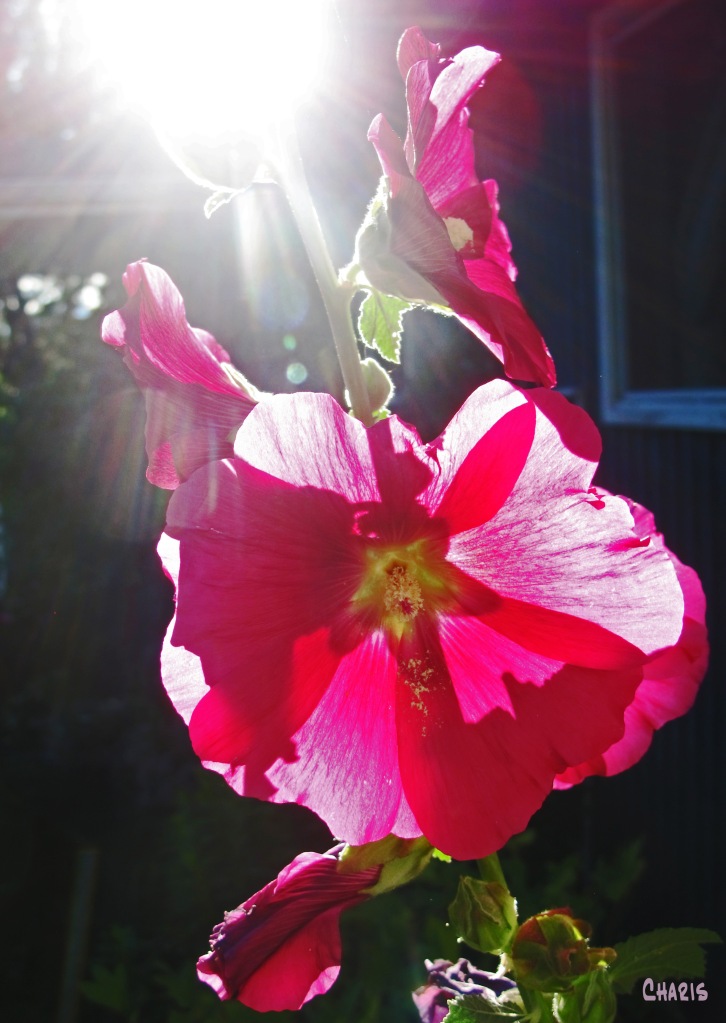 Yet the proof of God’s amazing love is this: that it was while we were sinners that Christ died for us.

Moreover, if he did that for us while we were sinners, now that we are men justified by the shedding of his blood, what reason have we to fear the wrath of God?

If, while we were his enemies, Christ reconciled us to God by dying for us, surely now that we are reconciled we may be perfectly certain of our salvation through his living in us.

Nor, I am sure, is this a matter of bare salvation—we may hold our heads high in the light of God’s love because of the reconciliation which Christ has made. 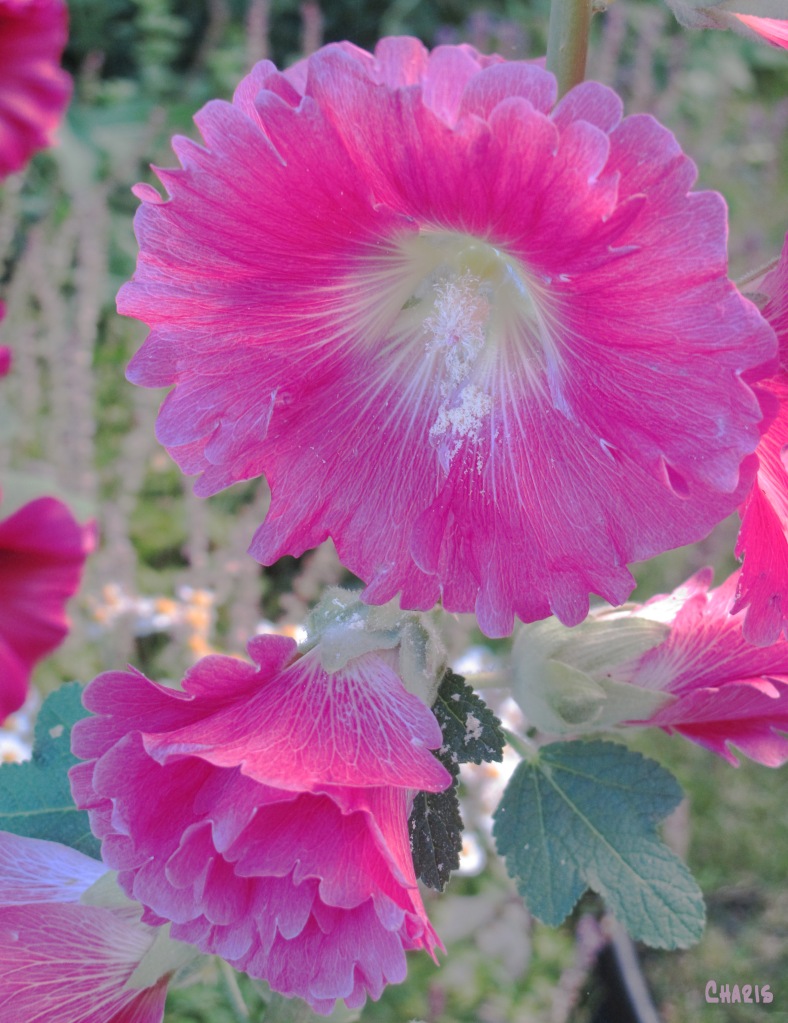 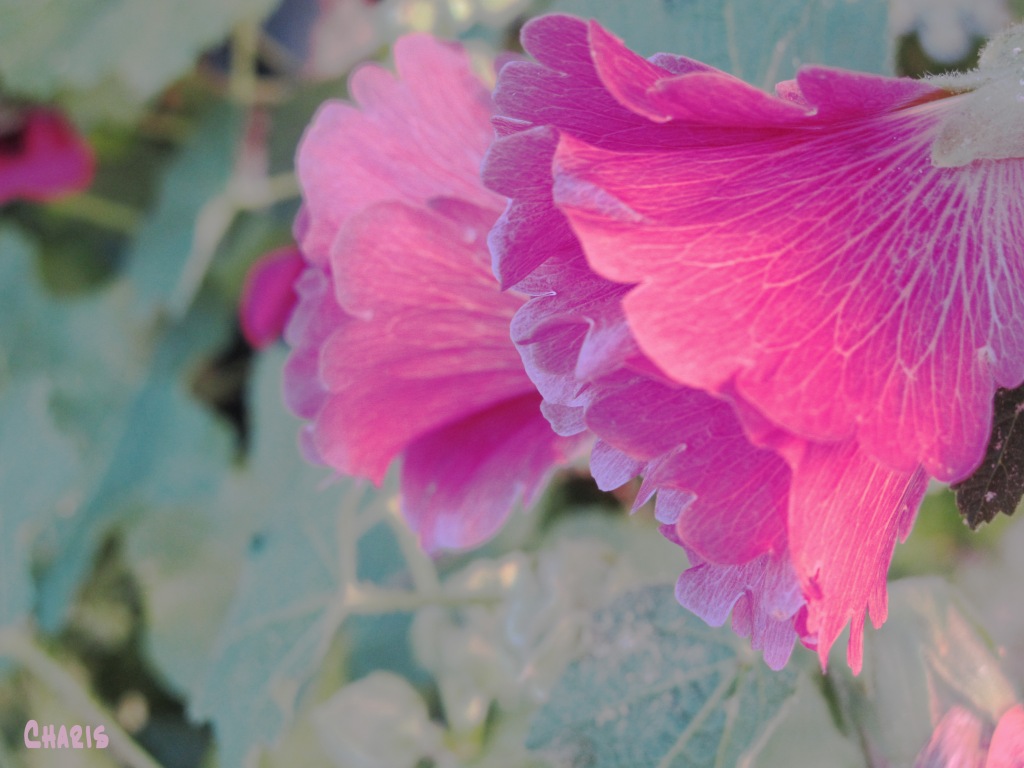 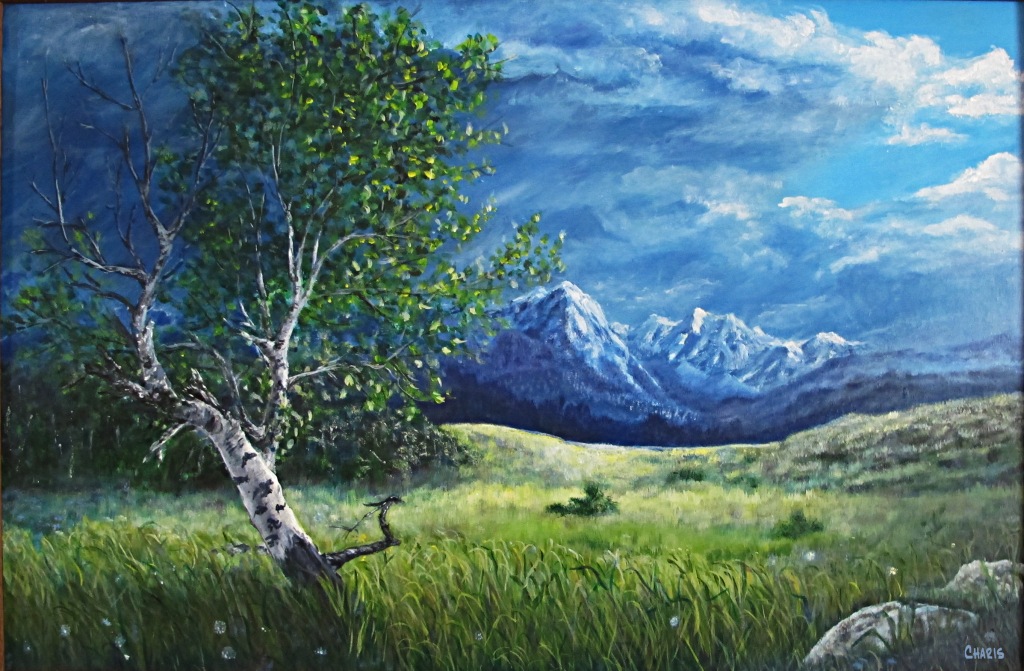 When I saw this tree beside a dirt road in the country I knew I had to paint it. The main trunk, struck by some calamity, had died, yet the tree was not dead. A branch, still nurtured by the roots, became the new tree.

Hope deferred makes the heart sick, but desire fulfilled is a tree of life. (Proverbs 13:12)

Sometimes we think our dreams are dead. Sometimes it looks like all hope is gone. Sometimes it’s our own fault and the dream looks as though it has died as a result of our own foolishness. Sometimes health fails, spouses leave, businesses crumble, loved ones die. I don’t blame God for nasty things that happen in our lives. But I trust him to turn them into something good.

We live in a fallen world where the consequences of a single sin can have a domino effect that goes on for generations. Innocence lost is innocence lost whether it is the result of our own choices or someone elses. But God can restore and build on the very things that cause us so much pain. He’s so good at using our disastrous circumstances that we may think He set them up. Not really. Jesus Christ didn’t come to condemn; he came to save. He came to set us free.

I painted a storm behind the tree. Is it approaching or leaving? Storms may come and storms may go; I leave that decision to the viewer.

The words of an Amy Grant song came to mind as I worked on this. I wonder just how many storms it will take until I finally know Jesus Christ has promised to never leave me or forsake me?

Lord I’m really glad You’re here.
I hope you feel the same when You see all my fear,
And how I fail,
I fall sometimes.
It’s hard to walk on shifting sand.
I miss the rock, and find there’s nowhere left to stand;
I start to cry.
Lord, please help me raise my hands so You can pick me up.
Hold me close,
Hold me tighter.

Storms will come and storms will go.
Wonder just how many storms it takes until
I finally know
You’re here always.
Even when my skies are far from gray,
I can stay;
Teach me to stay there,

In Him there is no fear.
No fear!