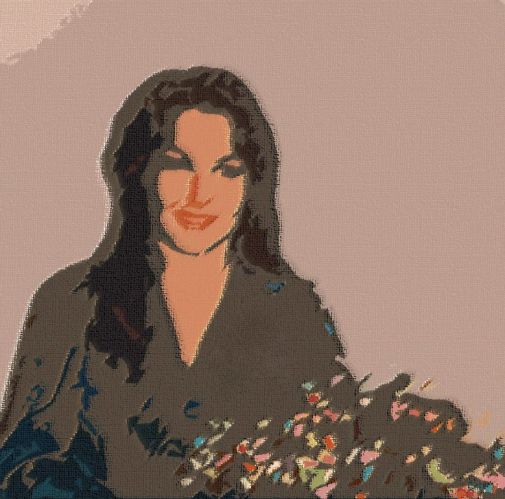 Can I tell you about a path I took that spoiled my journey for many years? Part of the purpose of this blog is to leave markers for those following. This is a big one that says “Not this way.” It will suck the joy right out of your life.

It’s a well-worn trail with many people on it. I still have to guard my instant thoughtless reaction from heading that way, but it’s a killer trap after a while. Avoid it at all costs.

The Bible says jealousy is hate. Who can stand against it?

I don’t know where it started but I have a feeling that when I was a child and people were held up to me as examples to follow, or when others received praise and rewards, I didn’t choose to honour them, but rather wished for their downfall. I do remember being compared unfavourably to better children. “Why can’t you be more like Carolyn? She cleans her room without being told. Why can’t you be more like Mary Beth? She practises piano for hours every day and wins at the music festival. I’m sure you could do it if you tried harder. You have just as much potential.”

Carolyn and Mary Beth used to be my friends. They weren’t after that.

At the heart of jealousy is a problem with comparison and a feeling that there is not enough love, attention, reward, or acknowledgement to go around. If there is only one winner somebody has to lose. I used to wish that the perfectly groomed girl in high school, with the matching shoes and bag for every outfit, would trip and fall dramatically in a mud puddle. I wished that other singers would catch a cold before a recital or contest. Of course, I learned to smile and say polite words giving false encouragement, but the feelings inside me were ugly ugly ugly. The bizarre thing was, the more I silently wished ill on others (also known as cursing) the more often I fell in mud puddles and caught colds.

The biggest temptation for me was to hate physically attractive people. I grew up in a culture where a woman’s value was judged by her slenderness, her shiny hair, her straight white teeth and unblemished skin. I have fought a weight problem since puberty. It wasn’t until after many years of making dieting and exercise a full-time occupation (to the point of eating like an anorexic for two years but still being heavier than the charts said I should be) that I was diagnosed with an endocrine disorder that makes weight loss very difficult – and by that time I had destroyed my metabolism with years of starvation.

One day, at a church function, as I sat beside a friend giving me diet advice while she ate a cupcake with an inch of frosting, I lost it. When she lifted it to her mouth I put my hand under hers and smashed it into her slender face. It shocked everyone, but the truth is I had been smashing cupcakes into pretty women’s faces in my mind for years. I had been secretly rejoicing in the embarrassment of all sorts of accomplished people like a schadenfreude queen.

Then it happened. I reached my goal of success. I was in a relatively thin period and accomplished a difficult operatic lead role in front of an audience that included people whose opinions mattered. I could afford to be gracious and encouraging to the ladies in the chorus who gushed admiringly. I was gathering accolades along with bouquets of flowers after receiving a prolonged standing ovation with bravas! when a colleague said, “Just remember – you’re only as good as your last performance.” I saw her barely-contained jealousy and I recognized myself. After that I began to get frequent bouts of bronchitis/laryngitis and developed a horrible case of stage fright. It was downhill from there; my health became worse. The great career never happened.

Here’s the thing about success: you will gain fans but lose people you thought were friends. You will gain public criticism for peripherals (nice paintings but the wine and cheese were not the best) and you will lose family who talk about “swollen heads” and rarely give compliments – “for your own good.”

You can’t reason with jealousy. The only way to ease jealous reactions is to step down, to become less accomplished, less of a threat.

How do we deal with it when we see it in ourselves? We come in the opposite spirit. We rejoice with those who rejoice. We rely on the provision God has already made for us. I needed to go to some people and apologize for my attitude. That was not easy. I needed to learn to encourage and bless people and to earnestly desire their success. I needed to free myself from this path I was stuck on. I needed to turn around and think again.

Yesterday I was talking to someone who said visitors to their church who had gifts of discerning quietly told the leadership that a spirit of jealously was attempting to divide them. They looked around and realized they were right. People who had shown excellence in their callings as well as people who had received unusual outpourings of unexpected favour were being isolated, ignored, and criticized for minor things by those who had once been their closest friends. Jealousy affects connection. It shows up most in friends, family and colleagues. The wise leaders decided to do the opposite and held small celebrations of appreciation to honour those who were the victims of jealousy. Out of that is coming a freedom to honour everyone. They can say to that spirit of jealousy, “We see you. We know what you want to do. Not here.”

When I started genuinely rejoicing with people who have received miraculous healings, or sudden wealth, or success in other fields, I began to regain my own health and have seen miracles in my life and in my family. I am freer to pursue my calling to encourage others without comparison or competition.

With God, there is always enough to go around. In his eyes everyone is a winner.

6 thoughts on “Jealousy: the Worst Form of Hate”