For out of His fullness (abundance) we have all received [all had a share and we were all supplied with] one grace after another and spiritual blessing upon spiritual blessing and even favor upon favor and gift [heaped] upon gift. (John 1:16 Amplified)

Some people love to be able to look at their calendars and tell you precisely what they will be doing at 3:30 p.m. on Thursday eight and a half months from now.

Not me. That which feels like order and security to others feels like restrictive ropes to me. I love the blank page, the open road, the uncommitted agenda. I guess I’m addicted to the potential found in freedom. I like to be busy, and I like to plan ahead, and some routine does rescue me from the challenge  of devoting too much thought energy to the mundane, but  I  do love having space to be flexible. There is more; I know there is more.

A single phrase from a simple song keeps playing in my head:

“We step into freedom.

We step into all you have for us.”

I was praying for people I care about as I drove through Kootenay Park yesterday. Some of these dear folks are chronically  ill, or depressed, or broke, or facing heart-breaking circumstances that seem to drain hope from their lives. The dark clouds and rain fit my mood. Sometimes I feel the weight of their burdens myself and I forget the Lord’s instructions to come up higher and trust Him. I had another health scare myself earlier in the week and the resulting loss of sleep was making me feel quite weak physically and emotionally.

Sometimes we miss the point of the exercise because we do not take God seriously enough.

We tend to ask for relief from suffering and, when the stress is over, forget the one who has given us so many benefits. God longs for relationship with us, and frankly we sometimes only pay attention to him when we want something instead of someone.

When I reached the summit of the pass near Radium, B.C.  the rain was lighter, but there was still enough to keep my windshield wipers labouring. I decided to stop at the pull-out and walk for a bit, hiding my camera under my rain jacket – just in case the sun broke through and lit up the peaks on the other side of the valley. I thought the contrast of the snow-tipped mountains with dark ominous clouds might make a good black and white photo.

I was alone up there and I told the Lord I sure could use some encouragement. I know we walk by faith and not by sight and that it is all about relationship with Him, but I could use a hug about now.

Suddenly a rainbow began to form right in front of me. I happily snapped some photos, but it kept growing until a double rainbow I couldn’t entirely fit on my screen filled the valley. I think it was the brightest I have ever seen.

After a while passing cars stopped and folks jumped out with their cameras – but for a while I felt like the rainbow was all mine.

Then, of course I felt silly. “Ideas of reference” some people call it, when a person thinks a general event was meant specifically for her. Crazy people think like that.

So I decided that if I was going to be crazy I would do something even crazier. I asked the Lord that if this was a reminder of His promises if he would do it again. 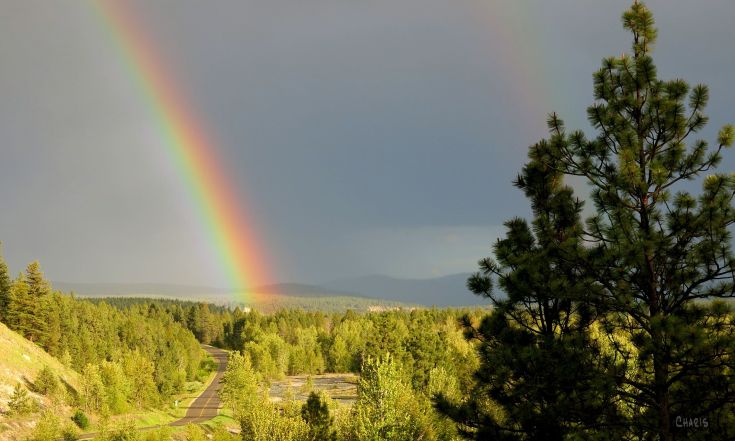 About two hours further down the road another rainbow glowed in the sky ahead. I raced ahead to a place overlooking the valley where trees and electric lines wouldn’t block the view. It remained in the sky for quite a while and again, the colours shone in glory.

When I finally got home (11 hours after I set out in the morning) I turned the corner to see a third rainbow arching over my town. In dream symbolism the number three can represent confirmation – as “in the presence of three witnesses.”

How can I help but praise him?

I didn’t ask for three rainbows on my journey last evening, but they showed up as gifts that reminded me of the glory of the One who makes and keeps his promise to respond to us when we call out to him.

God is Good.  He is relentlessly kind and loving. He is not on a budget.

And he gives great hugs.

I wish I had learned this many years ago. It could have saved me a lot of frustration, grief and disappointment. This is wisdom.

Five principles to live by when helping others:

1- Never work harder on someone else’s problem than they do.

2- You can’t help someone who doesn’t have a problem.

3- If you solve a problem for someone instead of with them, you will only have to do it again.

4- If someone asks for your help you have permission to ask them about ALL the details of why and how the problem occurred.

5- Helping someone who refuses to repent [change] is dumb.

I would also add: You have the right to ask if anyone has tried to help before and where they are now.

Not all who wander are lost.

Not all who have a home are stuck.

Seriously? “Do not put child in bag?”

This was on a deep mesh bag on the back of  two-seater child stroller that the mall loaned out to shoppers. It was obviously meant as a catch-all for parcels, purses and winter jackets. Put a child in the bag? You’ve got to wonder who necessitated a warning like this.

There are other examples of dumb warning labels on the internet.

“Warning: May contain nuts.” — On a package of peanuts.

“Do not eat.” — On a slip of paper in a stereo box, referring to the styrofoam packing.

“Remove occupants from the stroller before folding it.”

“Warning: May cause drowsiness.” — On a bottle of Nytol, a brand of sleeping pills.

“Warning: Misuse may cause injury or death.” — Stamped on the metal barrel of a .22 calibre rifle.

“Turn off motor before using this product.” — On the packaging for a chain saw file, used to sharpen the cutting teeth on the chain.

“Not dishwasher safe.” — On a remote control for a TV.

“Do not use if you cannot read safety label.” –On a bottle of pills -with a safety cap.

I spent many years trapped by a sense of not being good enough, of feeling it was my duty to serve an angry god who was perpetually disappointed with me. It seemed all I heard were warnings from people who presumed I was too dumb to figure out for myself that sin was not a good idea. I felt I was being labeled stupid and treated dishonourably by a lot of those warnings. I heard a lot of “shoulds” and not a lot of “hows.” There were an awful lot of rules, but not much peace or freedom.

This is what I have learned since then: God is good.

He loves us because of his character, not ours.

It is his kindness that leads us to change the way we think.

His grace is over-the-top and in no way can we earn it.

We are forgiven, but our relationship to God is fully restored when we respond to him and admit we have done things that required his forgiveness and we need to change. Change occurs when we get a better picture of who He is and who He created us to be.

Can I be honest and say sometimes I shake my head in wonder when people respond to this message of abundant grace with outrage and expressions of fear that this will offer those (who apparently do not rate highly in the area of common sense gifting) an excuse to sin?

“But they need warnings! How will they know that sinful behaviour is bad unless we tell them?”

Seriously?  Like they haven’t noticed that sin sets off consequences like a Rube Goldberg device that can play out for generations? Like being told that horrible punishment awaits them for messing up doesn’t chase people away from the only One who can clean them up?

Paul, the guy who hated people for not following religious rules so much that he tried to imprison and kill followers of Jesus had this to say after he was changed by an encounter with the real promised saviour -the One who loved him:

Now we find that the Law keeps slipping into the picture to point the vast extent of sin. Yet, though sin is shown to be wide and deep, thank God his grace is wider and deeper still!

The whole outlook changes—sin used to be the master of men and in the end handed them over to death:

now grace is the ruling factor,

with righteousness as its purpose and its end the bringing of men to the eternal life of God through Jesus Christ our Lord.

Now what is our response to be? Shall we sin to our heart’s content and see how far we can exploit the grace of God? What a ghastly thought! We, who have died to sin—how could we live in sin a moment longer? (Romans 5:20, 21; 6:1,2 Phillips translation)

Put a child in a bag? Sharpen a chainsaw while it’s running? Play with a gun? Continue to sin and think that’s good for you -and everyone else in the world?

What a ghastly thought!

“God made you to love him supremely, but he lost you. He returned to get you back, but it took the cross to do it. He absorbed your darkness so that one day you can finally and dazzlingly become your true self and take your seat at his eternal feast.”
―Timothy Keller

Children need the freedom and time to play. Play is not a luxury. Play is a necessity. ~Kay Redfield Jamison

A first day of the week song of praise, “Forever” by Kari Jobe 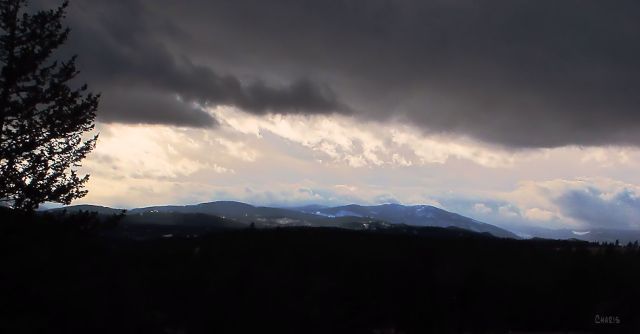 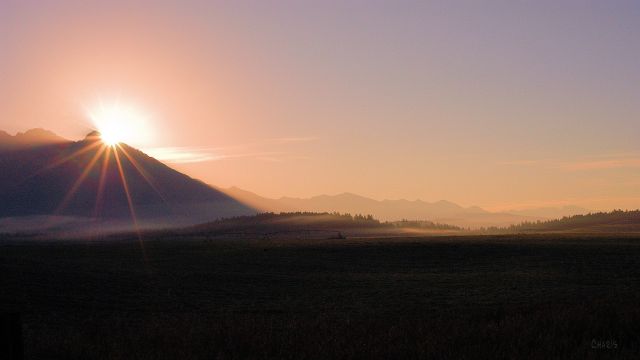 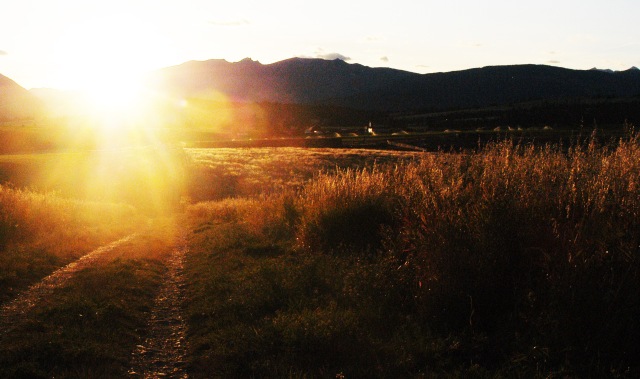 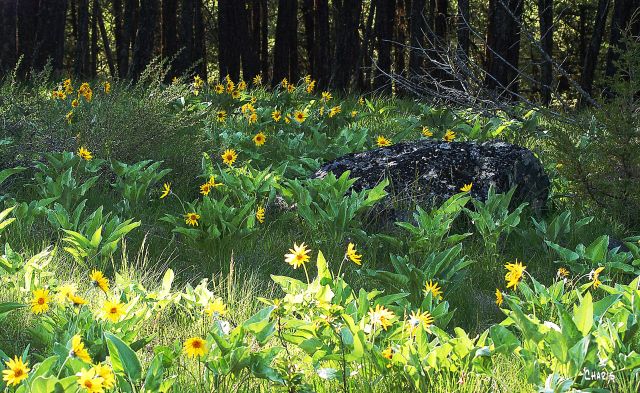 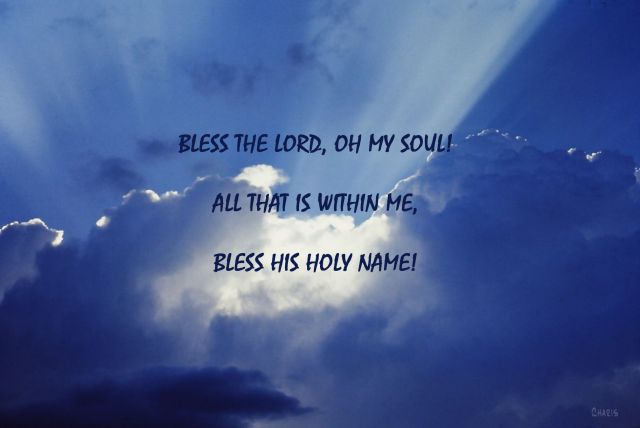 What if a child labeled herself according to her past experience?

“I’m a roller/creeper. I’m a hollerer roller/creeper. I sort of go backwards and when I get stuck under the furniture I holler and someone comes and picks me up and gives me a ride back to the center of the room. Works for me. My unique perspective allows me to be an expert on dust bunnies and potential choking hazards society leaves lying about (thoughtless of the needs of minorities like me.)

Yes, I know it’s hazardous to my health, but I am compelled to put everything in my mouth, you know. It’s in my DNA. Why fight it?

I tried walking. Several times. It was a humiliating experience. Not my gift. I’ll stick to what I’m good at, thank you. Besides, my peers here in the nursery approve.”

At what age do we cease to look to our Father for our true identity? How old are we when we cease to hear the you-can-do-it encouragements of the One who knows our potential is vastly greater than what we have so far realized? When did we start to allow our peers in the nursery to set the bar for what is possible? How many ways have we justified stifling the urge inside that tells us that there must be more than this?

To live is to grow and to change. The past does not define us. Our Creator defines us -and what He sees is beyond our greatest imaginations.