Yesterday I heard a friend talk about Esther. He reminded us of the preparation she went through to bring her to a unique position of influence. I’ve been fascinated by the life of the orphan queen ever since I had a dream involving Esther.

The story is told in the Bible of a young parent-less Jewish woman, adopted by her cousin, who rose from obscurity to the position of queen in the land where her people lived in exile. She dared to defy protocol and approached the king in the throne room without first having been summoned by him. As her cousin, Mordecai, reasoned, it looked like God arranged for her to be there to help her people in a time of crisis. It’s great story, the kind that is made into Hollywood movies. But, if you take time to read it, you will notice that the story is not as innocent as the Christian family versions.

Right from the beginning of the book it’s apparent that in this place men had all the power. It’s also apparent that this was a culture that accepted the practice of sexual slavery at the highest level. After the king banished his previous wife, Vashti, for refusing to parade her beauty (whatever that means) in front of a crowd of drunk men, officials scoured the land to find beautiful women (perhaps girls) to take to the ruler for his inspection. After a night spent with him, a woman moved from the house of virgins to the house of concubines. If the king did not delight in her, she was never summoned by him and never allowed to marry anyone else. This was no Miss America pageant.

Hadassah (renamed Esther) was Jewish. Ahasuerus (aka Xerxes) was the leader of the nation who had destroyed her country and her family and dragged them off as spoils of war. If this had been Nazi Germany our heroine could have been killed by one side for failing to cooperate or the other for being a collaborator.

Esther had no parents. For a cousin to take over raising her meant she, like most people with her background, probably suffered trauma as a child. She had deep hidden scars. She understood loss. Ethnic background is kept secret for a reason.

But Esther chose to learn all she could about the king. She had help from Hegai, the king’s eunuch. (In many eastern cultures it was standard procedure to castrate males working around the palace and make them eunuchs, like Daniel and his friends probably were, to prevent any possibility of cross-pollination, so to speak.) Hegai may have understood Esther’s background. Together they committed to this path as she received a year of beauty treatments – an ancient version of a radical make-over. 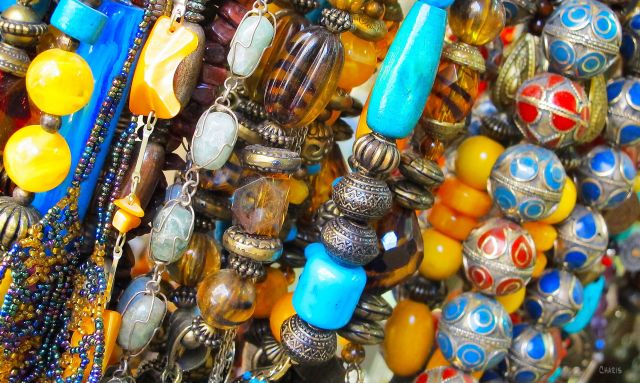 The king chose her as his wife and instead of banishment to the back rooms of the walled prison for women she lived in luxury as his favourite. Then came the day when she risked it all for the sake of her people. The king had signed an irreversible edict clearing the way for genocide for not only all the people in her ethnic group, but possibly herself as well. Making the decision to boldly approach the throne without being summoned was not made lightly. She asked others to fast and pray with her for three days first. Esther took the action with the full knowledge that she could lose everything, including her life. She was terrified. Such radical acts did not come easily to a woman raised in an oppressive patriarchal culture.

In my dream about Esther a well-known evangelist phoned and asked me to help him with a sermon illustration. He needed two young girls who could help him dramatize the story. I told him I knew of two eight- year olds who might like to be involved.

He seemed very excited about a new revelation he had from the book of Esther in the New Testament.

“The book of Esther is in the Old Testament,” I corrected.
“Esther is in the New Testament,” he insisted. “It’s in Ephesians.”
“What version are you using?” I asked, feeling pretty confidant that I was right and he was not.
“The Transition Version,” he said, equally as confident.

I immediately felt the dream was important. There was a lot more to it. It was about something taking place in the heart of the Church that includes women and honours femininity, about shocking methods God sometimes uses to get us where he wants us, about preparations for future assignments and about reaching higher for the most nutritious food. But telling you about all of it will take too long for a single blog post, so I’ll just talk about this part.

I read the book of Ephesians looking for references to Esther. I didn’t see any, but I did see this. Ephesians can be divided into three parts. The first part tells the believer in Christ how their identity and position has changed. I recommend writing down all the phrases in the first two or three chapters which talk about new identity. Amazing! You are blessed, faithful, holy, blameless, pure, for His praise… so many wonderful hard-to-believe good words! These phrases in particular caught my attention:
You are chosen.
You are lavished with the riches of His grace.
You are raised up and seated with Him.
You are privy to the mystery of His purpose.

Wait. Esther was chosen from among many. She was lavished with luxurious perfumes, ointments, jewels and fine garments. She was raised up from obscurity as an orphan to life as a bride of the king, seated beside him. She became privy to secret information about her purpose in being there.

Then my eyes fell on these words in the third chapter: We have boldness and access with confidence to heavenly places through our faith in Jesus Christ, our Lord.

Esther had access to the throne! It was the king’s love for her that saved her life. It was his generous hand extended to her that granted her whatever she asked of him.

I’ve seen rows of Bibles for sale subtitled, The End-times Version, The Mother’s Version, The Christian Worker’s Version etc. This always struck me as odd. Was it not all the same Bible? What these “versions” do is highlight passages relative to the person they hope will buy a copy. These passages highlighted to me in Ephesians made it a Transition Version of the story of life in Christ. In Him we are given a make-over, we are given a new position, we are changed – for a purpose.

Many of us are familiar with Ephesians 2:8. For by grace you have been saved through faith... It’s a gift. The evangelist reminded me he was looking for something more mature. Two ten year-olds! Keep going. Ephesians 2:10: For we are His workmanship, created in Christ Jesus for good works which God prepared beforehand that we should walk in them.

The next part of Ephesians teaches us about walking this new identity out in the context of relationships, singing and rejoicing together, submitting to and  cooperating with each other, raising up those for whom we have responsibility to become people who fulfill their callings. Love. Honour. Be patient, Understand. Seek their best. It’s an entirely new lifestyle and no longer a competition for survival.

The third part of Ephesians tells us what all this preparation is for. We could all be happy enough with the story of a pretty beloved bride just kicking around the palace of Christianity, smelling the roses, picking out the goodies at the smorgasbord of the King’s bounty. But she is beginning to get the message, “Good grief, girl! Do you see the injustice going on in the world around you? Do you know about the plans of the opposition? The devil and his forces are determined to destroy you and your people. Do you know who you are and your position and why you are here now? Do you know you are in a unique position to actually do something about it?”

In the story Esther appeals to her master/husband. As a result the chief planner of the planned genocide of her people is himself hanged on gallows he built for Esther’s cousin. Then the king did something remarkable considering the history of ruthless power-seeking of his predecessors. He was not like them. He gave Esther and her people authority. He gave Mordecai his signet ring. He gave them swift horses from his own stable. Something unprecedented was happening here. Even the media of the day changed sides out of fear of the power now in the hands of the former victims.

On the very day their enemies planned to have mastery over them, the reverse occurred. From India to Ethiopia the victims-no-more took up arms and turned the tide. Then the king asked Esther again, “Now what is your wish? It will be granted to you.” His generosity was greater than she ever imagined.

The last chapter in Ephesians tells the Church, the Bride of Christ to stand strong in the strength of His might, to put on the armour He provides, to pray at all times in the Spirit, making supplication for all the saints.

The orphan becomes the Bride of the King of Kings. He gives her helpers in the form of apostles, prophets, evangelists, shepherds and teachers to prepare her for her calling. She is raised up and has access to the throne because she is loved. In the shelter of His love she learns who she is, where she is and how this new identity works its way into relationships. Because he adores her, the King equips her with authority to fight the enemy that comes to steal, kill, and destroy.

Esther is in Ephesians. Who knew?

For such a time as this.

23 thoughts on “For Such a Time As This: Esther in Ephesians”