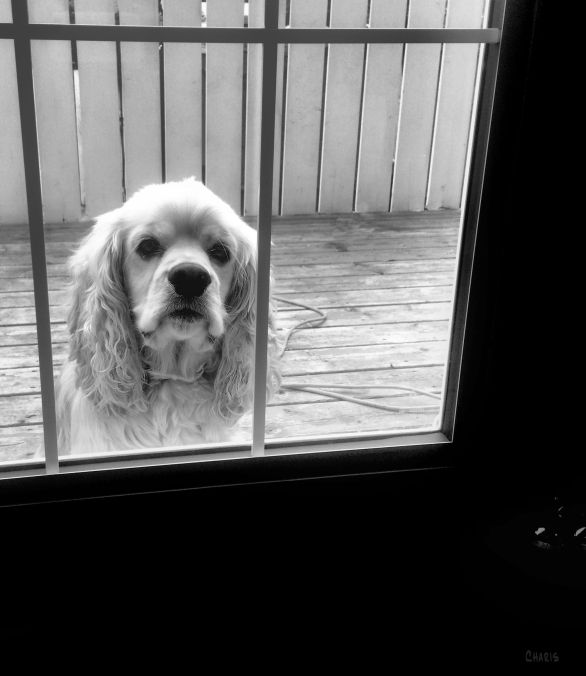 I love raiding people’s bookshelves when I am a house guest. It’s like a conversation that continues after everyone has gone to bed. Tell me more about who you are and what’s important to you.

My son-in-law caught me perusing his shelves one evening.

“Here,” he said, pulling a thin book out of the line-up. “You will like this author. He presents profound ideas in a palatable way, and he has your sense of humour.”

The author was Graham Cooke. The book changed my life. I ordered more of his books and devoured Youtube videos. He was teaching concepts that confirmed what I felt the Lord was showing me but I didn’t have words for yet. He was also teaching concepts that made me run to the scripture to see if this was true. It appeared I needed to make some major course changes in the way I thought, and who wants to mess up their head with changes if they don’t have to?

After paying attention to Bible passages I was in the habit of skipping over (to reach my “quiet time quota” for the day) I realized my thought processes needed a major overhaul in some areas.

I was pretty much on my own in exploring this new way of thinking (focusing on how God wants to reveal some new aspect of himself in every circumstance, living in my identity as a much loved child of God, praying as a bride and not a widow, realizing the old sin nature is dead and learning to jettison old sin habits in favour of making choices based on the fact that I have a new nature, understanding that Holy Spirit doesn’t merely drop by for an occasional visit because Christ is in me and I am in Christ etc.).

Progress for someone who needs to ditch a habit of overly cautious (okay, sometimes lazy) procrastination has been slow. I’ve had to back out of a few rabbit trails in my lifetime when I made the mistake of unquestioningly following guides who were more sure of themselves than they ought to have been. I am wary of following one person. I don’t believe anyone has the whole picture and I need confirmation from other sources and especially need to learn to hear from the Lord myself before I make big moves. But I like this guy. He provokes me to goodness and living in joyful trust in the Lord.

Imagine my utter surprise when I walked past a little church in my neighbourhood and saw a marquee announcing that Graham Cooke would be speaking there the following weekend. What was a writer and speaker who stood before thousands at events internationally doing here in my small remote city in the Canadian Rockies? It couldn’t be the same Graham Cooke. I phoned and checked. It was! Well, I’ll be… Of course I registered for the conference.

Have you ever been in a place where someone addresses the very issues you have been discussing with God lately? I soaked it all in.

Except for one thing.

Another speaker who accompanied Mr. Cooke talked about faithfulness to friends, family and community. He stressed the importance of honouring them, especially in keeping agreements.

A local group I belonged to scheduled a meeting for the same time as the last session of the conference. A few weeks before they had changed the evening they met on to accommodate my schedule. I had planned to make my apologies and skip the meeting when this guy (bless him) used a hypothetical example so similar to my situation I felt like he had been reading my mail.

I struggled. I wanted to be at the final session. I was so hungry for more. But that evening I walked out of the conference venue and went to the local group’s meeting as an act of obedience. I asked my husband to go to the little church and take notes. He obliged, loving man that he is.

As soon as I could get away I rushed back to the church and just about bumped into Mr. Cooke as he exited the building. He smiled, nodded, got into a waiting car and left.

Someone grabbed me, “Wasn’t that absolutely marvelous? Can you believe what he said? He came here to this little place because he had a prophetic word specifically for us!”

“What did he prophesy?”

“He told everyone 55 and older to stand up because the Lord had something for every person holding out their hands to receive. Maybe someone recorded it. I’m so encouraged, so thrilled that the Lord remembers us here.”

I was 55. I wasn’t there. I didn’t hold out my hands to receive something special. I missed it.

I was new to this kind of stuff. I had come to see how prophecy, like healing, is still active and had been very influential and encouraging in the lives of people around me. I, however, had never received a prophetic word more specific than “God wants to be your friend” or other nice things one could write in terms so general they could apply to at least 1/12th of the population reading the newspaper on any given day. This was a specific word, and a good one. And I wasn’t there.

I tried not to let it bother me. But it did. When I got home I cried, remembering all the times I felt like I was left out as a child.

I have struggled my whole life with a pervasive sense of being on the outside looking in. Never fitting in. The girl from the religious family playing the records while other children danced at school. Too young, too old, too small, too big. The girl allergic to birthday cake and ice cream. Cinderella without a godmother. Never going to the ball.

It takes a while to recognize a set-up, especially a God set-up. I didn’t tell anyone about my great disappointment for quite a while. But the Lord used the occasion to point to a hole in my heart that needed healing. And he has been doing that. He’s also giving me connections in places I never expected, with people who understand.

One thing I have learned that I didn’t know before is that one of the jobs of a New Testament prophet is to teach people how to hear God’s voice for themselves. In Old Testament days the Holy Spirit came upon men and women to deliver a specific message. Since few had the Holy Spirit directly communicating with them, the role of prophet as  conduit became extremely important. Messages from God were few and far between. Centuries even. You couldn’t afford to miss one.

Things have changed. Jesus changed them.

Waiting for a prophet to tell us what God wants to say to us is a kind of abdication of our privilege to ask him ourselves. When we do hear from those who have heard God’s encouraging words for others, it’s nearly always a confirmation of something we have been feeling but haven’t assembled in usable form yet. It’s wonderful, but it’s a bonus. Holy Spirit himself makes his temple in hearts that are open to him now. And he promises to never leave.

When I asked the Lord sometime later why I was left out that evening, I felt him comfort me and say I wasn’t left out of the promises given. They are for me as well. I can claim them. It’s just that he didn’t want me to be distracted or tempted to worship the messenger. He wanted me to seek Him so he could tell me himself.

It’s all about relationship.

Recently, there was an event which I longed to attend. Many of my new friends who support Graham Cooke’s ministry were there. Again I made the decision to honour the timetable of family and friends first and stayed where I have commitments. I am tempted to feel left out again, but when the Holy Spirit living in me connects with the Holy Spirit living in others, even though we are not in the same room, there is unity in the Spirit. I’m not on the outside. We are one in the Spirit. We are one in the Lord.

The Church, the Body of Christ, is wherever his people are, including here, today, on the internet, with you.

6 thoughts on “On the Outside Looking In”