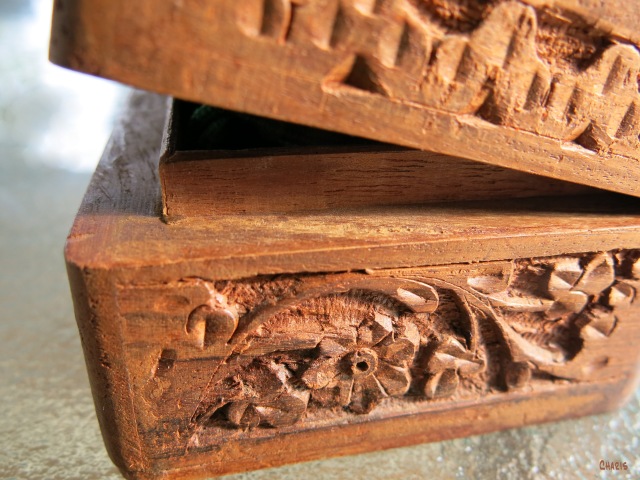 The problem with people who want to “take God out of the box” is that they can seldom resist the temptation to stuff him in another one of their own making.

Jesus said the Holy Spirit is like a river that flows and a wind that blows. He is ever moving. To try to put constraints on him, by explaining him by how we have seen him move before is putting him in a box.

Whoever believes in me, as the Scripture has said, ‘Out of his heart will flow rivers of living water.’ Now this he said about the Spirit, whom those who believed in him were to receive, for as yet the Spirit had not been given, because Jesus was not yet glorified. ( John 7:38,39)

The wind blows where it wishes, and you hear its sound, but you do not know where it comes from or where it goes. So it is with everyone who is born of the Spirit. (John 3:8)

Recently I heard someone say that the rules and regulations surrounding practices in their denomination were put there for protection. The rules seemed to be quite reasonable when they were devised years ago. But as I was thinking about this, it struck me that the berms built around my son’s neighbourhood in High River, Alberta were also put there for the protection of the town. When the river temporarily changed course at the highest point of its rain-fed uncontrollable gush, the berms actually served as barriers that stopped the water from flowing back into the channel and turned whole neighbourhoods  into a stagnant lake, a lukewarm mix of both fresh river water and disgusting sewage sitting in the summer heat. Stagnation created ideal growing conditions for mold and bacteria in the foundations of homes that were now trapped behind the man-made parameters that were “put there for protection.”

Sometimes denominations form around groups of people with similar experiences, similar understandings, similar revelations, similar aspirations, similar emphasis, or similar disgruntlements. The unity they experience can feel like a refuge and berms are built around it to protect this peaceful easy feeling. But after a few years those protective structures can serve more to keep some folks in and other folks out, and sometimes even try to confine Holy Spirit inside the berms of their definitions of themselves.

The result is stagnation.

Many of us sit in dangerous lukewarm water. We have become the comfortable church of Laodicea, thinking we are rich, when we are poor, not noticing how stinky it is getting and that all of our accomplishments are tainted by the backwash of our own waste.

Church-leavers who form tiny home groups and church-planters who organize stadium-filling mega-gatherings all face the same temptation to berm themselves in. It doesn’t work.

Why? Because God no longer lives in a box. No longer does he need to say, “Touch this box and die!” because we couldn’t approach his holiness in our sinful state. He lives in his people – living, moving, breathing people, reconciled to their Creator by the blood of Jesus Christ. We are his temple. Living stones.

Christ in us, the hope of glory.

This doesn’t mean we abandon discernment and wisdom and accept any old thing. In fact when the Holy Spirit is flowing there is greater discernment and falsehoods are swept away instead of being treasured in hidden places in our hearts’ basements.

He desires all who truly follow Jesus Christ to drop the barriers, and worship Him in Spirit and truth without anger or disputing.

Flood the nations with grace and mercy

Send forth Your word

Lord and let there be light.

8 thoughts on “The God Box Temptation”