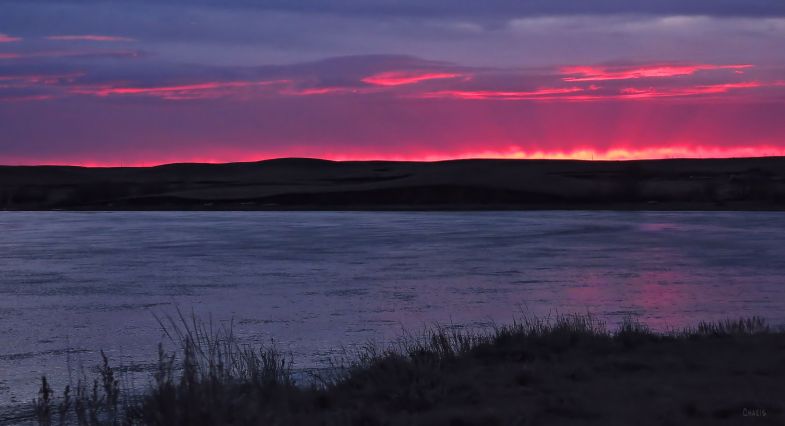 Because of the Lord’s great love we are not consumed,
for his compassions never fail.
They are new every morning;
great is your faithfulness.

These are such lovely words, often printed on encouragement cards and posters. But they are in a context that is seldom quoted.

I tried for years to read the Bible straight through, but I couldn’t. I always got stuck with Jeremiah’s story. He could see a dramatic course change ahead for himself and for his people (a course change that would involve God’s choice of Nebuchadnezzar of Babylon as his “chosen servant.”) I felt Jeremiah’s sorrow entirely too much.

Some people can pull themselves out of feeling godly sorrow by clapping to happy songs or waving banners or doing something equally distracting, but it feels a bit like the tail wagging the dog to me. Weeping lasts for the night;  joy comes in the morning. Very few people want to hear about the weeping part. I don’t.

Sometimes it takes more courage to walk into powerful emotions than to walk into a line of guns and bayonets. It’s easier to pretend they don’t exist, to run away, to shove the shame that comes with having them into yet another closet.

I say to myself, “The Lord is my portion;
therefore I will wait for him.”

The Lord is good to those whose hope is in him,
to the one who seeks him;
it is good to wait quietly
for the salvation of the Lord.
It is good for a man to bear the yoke
while he is young.

Let him sit alone in silence,
for the Lord has laid it on him.
Let him bury his face in the dust—
there may yet be hope.
Let him offer his cheek to one who would strike him,
and let him be filled with disgrace.

For no one is cast off
by the Lord forever.
Though he brings grief, he will show compassion,
so great is his unfailing love.
For he does not willingly bring affliction
or grief to anyone.

Discipline feels horrible. And when voices other than a kind parent’s jump in to administer it, it is easy to feel utterly rejected, cast off, condemned.

For people who have never received enriching, encouraging parental discipline the process of submitting to the ministry of a loving God so that they might have a heart change is utterly, utterly terrifying. It takes trust, and for those who have had trust betrayed by authority figures in the past it is a tough, tough step to take. They’ll do anything to avoid it, including hurting people who want to help.

The Bible says whom the Lord loves he disciplines. The result is the gift of godly sorrow that leads to change. Ungodly sorrow results in shame that cripples with lies about how God really feels about us. Big difference.

Change (repentance) hurts, and pretending it doesn’t is cowardly. Repentance means dropping defenses, and no one likes feeling defenseless. Don’t ask someone the Lord is doing a deep work in to fake feeling cheerful to remove your own discomfort. Let them sit alone, face buried in the dust and learn they can trust the compassionate Father.and giver of life to be their portion. Drop your own stick and walk away. It doesn’t help and in fact, increases defensiveness and slows down the process.

And have you completely forgotten this word of encouragement that addresses you as a father addresses his son? It says,

“My son, do not make light of the Lord’s discipline,
and do not lose heart when he rebukes you,
because the Lord disciplines the one he loves,
and he chastens everyone he accepts as his son.“

No discipline seems pleasant at the time, but painful. Later on, however, it produces a harvest of righteousness and peace for those who have been trained by it.

Therefore, strengthen your feeble arms and weak knees.  “Make level paths for your feet,” so that the lame may not be disabled, but rather healed. (Hebrews 12:5-8, 11-13)

One thought on “Let Him Sit Alone in Silence”