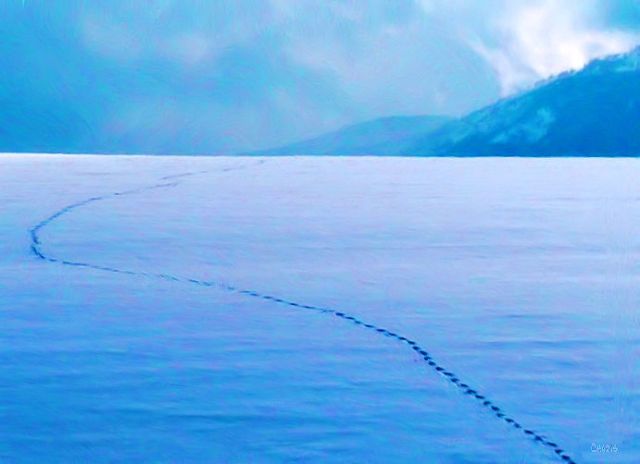 Perseverance is an admirable character trait. Stubbornness is not.

The problem is that for those who would set themselves up as judge and jury, they are hard to tell apart. Much depends upon motive. One person pursues excellence in a field because God has placed a dream in his or her heart. Others strive to be the best because they believe their accomplishment will finally gain them the respect and attention they deserve – or crave.

Sometimes we don’t even understand our own motives. It’s too scary to look deeply into our own hearts so we keep trudging on toward the illusive goal, never questioning whether the quest is a worthy one. Examination of our hearts means questioning core beliefs and sometimes confronting lies we have believed.

I remember taking a course on rearing teenagers. The instructor was actually helping us understand ourselves by asking us to look under the surface behaviours of our kids. He used the example of comforting a distraught girl who failed to make the cheerleading team. We were inclined to talk about perseverance, and trying again next year. He asked the girl what she felt the rewards of winning a spot would have been. She admitted her hopes of social acceptance based on beauty and talent were attached to being a cheerleader. Her core belief was that people who are not physically beautiful or athletically inclined were not as worthy of love and acceptance as those who had such attributes. What a handicap that lie can become! The time had come to confront it.

I realized one day that my own perseverance in service to others was actually a stubborn act of the will. I had hoped that God would be impressed with my efforts and recognize me in front of other people, showing them that they ought to love me too. I didn’t know I was already loved by God and that nothing I did could make him love me any more.

As for being loved by others, well, the truth will out eventually and they know when they are being used.  They also become users and the whole cycle rolls on. Giving out of genuine love and caring and giving out of a need to be needed are based on entirely different motives as well, and have entirely different outcomes.

The Holy Spirit is the one who can probe and ask questions that reveal false ideas we have picked up because he always has an “instead.” His love never ends and his patience is infinite. Sometimes he will use other gentle people or even not-so-gentle situations to bring us to a teachable moment, but it is the devil’s job to accuse without offering hope of change, not God’s. God doesn’t work that way. God never says “This is not the way,” without pointing out a better way – his way.

When the Holy Spirit gently asks, “So, how’s this workin’ for ya?” it’s because he is giving you the attention you need and crave. He is offering love and a better way that will, in the end, offer greater satisfaction than you ever imagined possible. Perseverance and patient endurance bring rewards that stubbornness and pride never can. And God knows the difference.

If you are pursuing something you feel strongly God has asked you to do and it’s not easy, it’s okay to rest, strengthen yourself in the Lord, and then keep going.

If you have been pursuing a goal based on a false belief, it’s okay to stop and change direction.

Everyone else looks at behaviour, but God looks at the heart.

Since we have been acquitted and made right through faith, we are able to experience true and lasting peace with God through our Lord Jesus, the Anointed One, the Liberating King.  Jesus leads us into a place of radical grace where we are able to celebrate the hope of experiencing God’s glory.  And that’s not all. We also celebrate in seasons of suffering because we know that when we suffer we develop endurance,  which shapes our characters. When our characters are refined, we learn what it means to hope and anticipate God’s goodness.  And hope will never fail to satisfy our deepest need because the Holy Spirit that was given to us has flooded our hearts with God’s love.

11 thoughts on “Stubbornness vs. Perseverance”