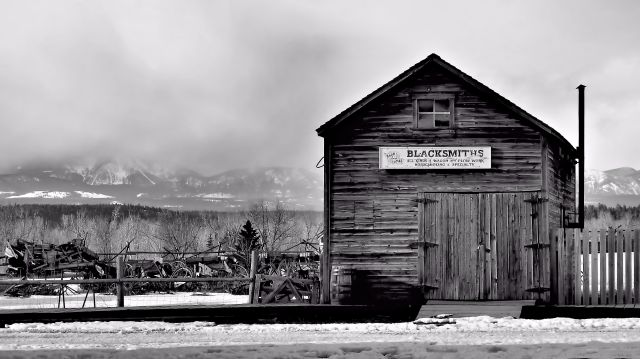 Dull Christianity is Not Normal

This surprised me when I noticed it one day.

Now no blacksmith could be found in all the land of Israel, for the Philistines said, “Otherwise the Hebrews will make swords or spears.” So all Israel went down to the Philistines, each to sharpen his plowshare, his mattock, his axe, and his hoe. The charge was two-thirds of a shekel for the plowshares, the mattocks, the forks, and the axes, and to fix the hoes. So it came about on the day of battle that neither sword nor spear was found in the hands of any of the people who were with Saul and Jonathan, but they were found with Saul and his son Jonathan. (1 Samuel 13:19-22)

Seriously? The people could not sharpen their own tools? Only Saul and Jonathan had swords? How long had they been putting up with this nonsense?

“This is just the way things are done.”

Occasionally some people bust out of the defeatist attitude and take their tools out to be sharpened – by dragging them down to systems and rulers they don’t trust and paying for the privilege.

Many people don’t even know what their tools are. Even more can’t remember what a spiritual weapon looks like – and they don’t look like the enemies’ weapons.

Did you know that gentleness is a weapon? Did you know you can fight despair with goodness? How sharp and effective is your peace? Can your patience lay siege to a lie a whole society has fortified? Can your joy slaughter cynicism or your love cut racial hatred off at the knees?

Can your gift of prophecy bring the light of truth? Can your gift of healing do an end run on profit-minded hospitals and insurance companies or insufferable waiting lists? Can the knowledge and wisdom the Holy Spirit reveals to you feed the hungry or create jobs? Can your God-given faith move bureaucratic mountains or your ability to discern the kind of spirits motivating propaganda join with those who pray with words beyond their own comprehension to change the course of history?

Can worship set a city on its ear?

Where are the Blacksmiths?

Do you know how to sharpen the tools and weapons Jesus Christ has provided for you? Where are the blacksmiths in our land who can equip the saints to take every thought captive to come in alignment with Christ? (The real Jesus Christ – not the fictitious, inoffensive, mild, straw-man Jesus held up by those who have sort of read about him but have never met the revolutionary who came to change everything by setting us free from the law of sin and death.)

We can trudge on and resign ourselves to feeling like victims of disappointment and subject ourselves to the limited possibilities that the world’s systems offer those who live in gated pockets of temporary personal peace and prosperity. We can guard against the threats coming into our homes with spiritual weapons on the level of blunt sticks and gravel-sized stones. We can shrug as we shuffle off to vote for people we hope will not disappoint us yet again by putting their own interests and philosophies at the top of their list of priorities.

We can complain that this is just the way things are done as we try to cut through walls of thorns with dull knives.

Or we can rise like King David and say “Our hope is in God, our glory and the lifter of our heads! By Him we shall do valiantly!”

For though we live in the world, we do not wage war as the world does. The weapons we fight with are not the weapons of the world. On the contrary, they have divine power to demolish strongholds. We demolish arguments and every pretension that sets itself up against the knowledge of God, and we take captive every thought to make it obedient to Christ. (2 Corinthians 10:3-5 )

2 thoughts on “Where Are the Blacksmiths?”