I had a good friend, the adult son of a pastor, who told me he perceived God as saying, “Love me or die.”

Yes, he was the son of a pastor and spent many hours sitting in a pew hearing the words about God — but he also had a parent who put a knife through his hand rather than have him use his considerable musical talent to “play worldly music.” To him (and to many others) God was a sad construct of his abusive parents. We do tend to create God, if not in our own image, in the image of authority figures we have known, good and bad, from detached irresponsible fathers who went away to physically and emotionally abusive mothers to indulgent Santa Claus-type grandfathers.

I think the way we hear words someone says depends on how we view the person who speaks them. For most of my life I heard God’s words as disapproval and laying down impossible expectations.

These same words, “Do what I tell you or you will die,” have completely different meanings dependng on whether you perceive the person speaking them to be a rapist with a knife or a rescuer hanging by a rope from a helicopter.

For years reading the Bible, at best, felt like reading a phonebook from a city I had no intention of visiting –meant for someone else. At worst it felt like reading court documents listing the charges against me.

What I never realized was that the judge loved me enough not only to hang from a helicopter to get me out of a certain death situation, he hung from a tree. He said, “I love you so much I’d rather die than be without you.” So he did –and then conquered death so we could be together forever.

I am adored by the King of the Universe who wants a relationship with me. He invented love. Heady stuff. I hear his words differently now.

I will both lie down in peace, and sleep; For You alone, O LORD, make me dwell in safety. Psalm 4:8 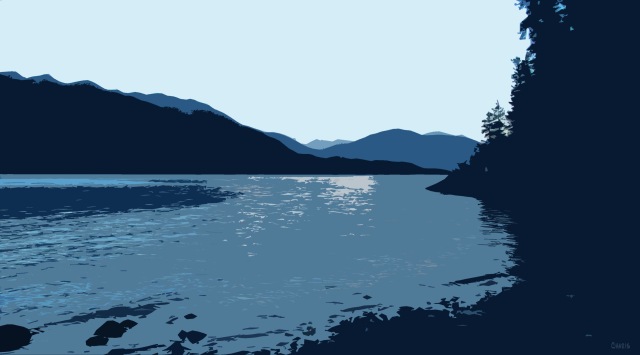 For so many years my sleep was erased by “what-ifs.” The opposite of love is not hate; it is fear. Hate is simply one of fear’s many manifestations.

I was so afraid that pursuing God would be another disappointment. I was afraid that I would get to the finish line and he would inform me I was disqualified on a technicality because I had missed meeting some requirement no one told me about, or done something out of order, or didn’t try hard enough -or tried too hard.

I once had a music student who failed a Royal Conservatory exam because I made a mistake. I misread a page number and taught her a song that was on the approved list for the next higher grade level. Did she sing poorly? Not that song. She sang it beautifully; she actually did more than required -and that was the problem. Being informed that she had done something wrong threw her concentration and she did not do well in the sight singing and ear trainng requirements she needed to perform later. Even when I explained to the powers that it was not the girl’s fault, but mine, my pleas were met by the recitation of rule book and the necessity of the penalty of docking a large percentage of her mark. I felt absolutely horrible.

I assured her that she did not fail. The goal was to sing, to develop her talent  and enjoy music; she had done that. She nodded, but she still felt rejected. I could see she was crushed in spirit. She quit singing shortly after that.

In a way, this was like my experience with churchianity. Even when I exceeded what was expected, I felt like I missed the approval mark. I was accused of “showing off” or “not being submissive.”  I was judged by a book of man-made rules and found wanting –but I was the one who chose to be a human approval junkie, essentially turning “church”  into an idol, something to be appeased, something it was never intended to be.

I felt rejected, crushed, and after a while just gave up. I feared I would never be good enough. Fear morphed into anger, and anger congealed into bitterness as hard as concrete. The same walls that served as a defense against pain also trapped offense inside and kept out joy.

After many years of long, dark, sleepless nights I heard the voice of the One who knew what it felt like to be rejected and condemned by the religious establishment. He sang me a love song and said, “If your fear of me keeps you away, you have no idea of who I am or what love is.”

He threw pebbles at my window and called me to come away with Him.

He wooed me on long walks in the woods, on mountain tops and valleys, in snow storms and desert heat. He spoke kindly and patiently as to a wounded child and invited me to let him pull the stronghold walls down.

He didn’t give me a definition of grace; he gave me a demonstration.

There is no fear in His love. He loves patiently, gently, relentlessly, unselfishly, kindly, perfectly –and perfect love casts out fear.

I hear the music again. My heart sings.