Apathy is the acceptance of the unacceptable.

I prayed this week about creeping indifference in my own heart. I asked God what he wants to replace it with. Then I heard:

I love this spot down by the creek near my house. Sometimes I sit quietly on the park bench and wait for my soul to be at peace.

Emotions are part of who we are as those created in God’s image. God has feelings and strong affections, but they flow from a unified heart filled with love. Jesus wept with compassion. There was no “it-is-what-it-is” emotional distancing when he engaged with real people with real problems. We are also told that he was ecstatic with joy when he saw who God chose to reveal his plan to first.

Our emotions tend to run all over the place like sticks caught in eddies of turbulent water. That’s why some people shut them off; they are afraid they will be swept away. Others wallow in emotion, having lost their footing long ago. Jesus offers to heal our emotions too, because healthy feelings are an important part of wholeness.

I think the reason I like the Psalms so much is that David and the other Psalmists are neither bereft of emotion nor do they plop down in despair or spin in giddy distraction forever. They rejoice. They wail. They lament. They admit feeling perplexed. But in the end they rein in affections to agree with God’s way of thinking and acting as they unwrap his words, his actions, his character, his promises. They soak in his words.

Fill your thoughts with my [Wisdom’s] words
until they penetrate deep into your spirit.

Then, as you unwrap my words,
they will impart true life and radiant health
into the very core of your being.

So above all, guard the affections of your heart,
for they affect all that you are.

Pay attention to the welfare of your innermost being,
for from there flows the wellspring of life. 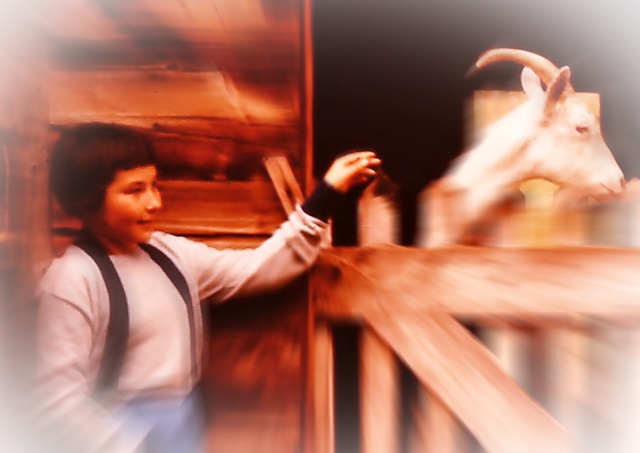 “Well,” she said, standing in the middle of a pile of what we might call reduced circumstances, “I guess this is my new normal.”

My friend was too tired to fight the injustice that brought her to this place. In a way she accepted it as her lot in life, as a fulfillment of predictions spoken over her in the past. Teachers, social workers, and bosses didn’t always wait to be out of ear shot before they said things like, “She’ll never amount to much,” or “What do you expect from someone with her background?”

I tried to encourage her, but My words slipped past her ears as if she assumed they were meant for someone else, someone more worthy of love and respect. She shrugged and went back to unpacking her baggage.

I was thinking about the word “normal” yesterday. Her normal. My normal. God’s normal. How does our acceptance of limited expectations become normal? What if we have glimpses of possibilities that are beyond past experiences? Does seeing potential wreck our concept of normal?

Yesterday I was lying in bed exchanging text messages with my eight-year old granddaughter who is currently with her family in Africa. I wondered what my grandmother would have thought if she had seen this possibility when I was an eight-year old. A phone with no wires, that could send and receive voices, text, photos, and even video of a new house on the other side of the world in a few seconds? Impossible!

In an old trunk I’ve stored a letter my grandmother received from her mother in Ontario. Grandma’s child had died tragically in Saskatchewan. Her mother’s written words arrived weeks after the funeral. In comparison, my granddaughter was telling me about her new surroundings and their arduous two day trip from western Canada to South Africa. On the same day. As she ate breakfast. I love listening to her.

Then my wifi cut out. 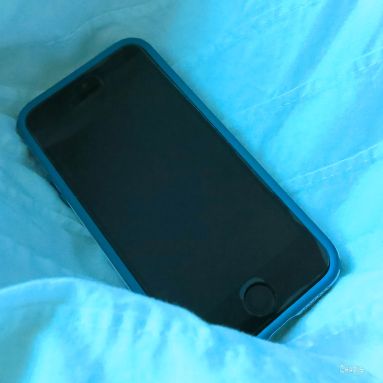 We have been having problems with it lately because of the floods. I felt angry and frustrated with such unreliable service – a service that has only been available to me since I acquired a cell phone. It’s not that I feel entitled to a method of communication we never dreamed of when I was a child, it’s that I feel disappointed by the loss of a means of communication I now know exists. My sense of normal has been changed by knowledge of a device that only existed in the future of the girl I was when I talked to my grandmother as I wrapped myself in the cord attached to the telephone in the hallway. She never even dreamed of such a thing as she told me about how she used to send letters to her mother in a cabin in the bush thirty miles from the nearest road. “Normal” changes with visions of possibilities.

I was thinking about this when a line from a song began playing in my head. The song, as is often the case with songs God uses to communicate with me, came out of the blue and was one I haven’t heard in years. The line that kept repeating was, “Promises, promises, My kind of promises…”

I wasn’t expecting a rush of these memories. Some of these “promises” I walked out on years ago. Some still sting.

I had to ask, “What are Your promises, Lord? What do you see instead? What possibilities do you want to show me that change my sense of ‘normal?’”

He is changing me. He is replacing old expectations of limits with new possibilities. He is saying, “Believe this and not this.”

So much of this journey is about learning to let go, to unlearn, to press on in the absence of the familiar, to absorb and be infused with the “insteads” that Jesus announced when he read his mandate aloud to a people living in resigned disappointment. From Isaiah 63:

The Spirit of the Sovereign Lord is on me,
because the Lord has anointed me
to proclaim good news to the poor.
He has sent me to bind up the brokenhearted,
to proclaim freedom for the captives
and release from darkness for the prisoners,
to proclaim the year of the Lord’s favor
and the day of vengeance of our God,
to comfort all who mourn,
and provide for those who grieve in Zion—
to bestow on them a crown of beauty
instead of ashes,
the oil of joy
instead of mourning,
and a garment of praise
instead of a spirit of despair.
They will be called oaks of righteousness,
a planting of the Lord
for the display of his splendor.

Who does Jesus say you are? What are the promises he has spoken over you? What  possibilities is he showing you that you never dreamed of before?

Ask him about your new normal. He loves that question.

“We pray, ‘Lord, change me.’ To answer that prayer, He will often allow circumstances or people to offend us. Our fleshly reaction spotlights the specific area where we need growth. Thus, the Lord initiates change by offending the area of our soul He seeks to transform. He does not expect us to merely survive this adversity but become Christlike in it.”
– Francis Frangipane

I’m not a fan of cheesy Christian movies — you know the ones where saints recent and ancient stand around looking holy and emotionally detached from both the darkness swirling around them and the choir-accompanied beams of light shining down upon their humble heads? Yeah, those.

Somehow in my culture self-control/moderation means the denial of all but mildly pleasant expressions of emotion. The other-worldly subtle Mona Lisa smile in the midst of both murky darkness and beaming light. Peace is a placid becalmed sea oblivious to the movement of air currents.  Saint Sebastian skewered full of arrows with an expression that looks like he’s wondering if he needs to pick up milk and bread on the way home.

Some in our midst have taken on the role of emotional moderators, rather like volunteer sound techies whose aim is to keep the dial as close to the center line as possible, thus cancelling out any dynamic range the musicians may have intended. “It’s not that bad….It’s not that good… Don’t get too excited…No drama please.” Those who feel deeply learn to hide.

Jesus doesn’t seem to have been hampered by emotionally restrictive parameters.

In the days of His flesh [Jesus] offered up definite, special petitions [for that which He not only wanted but needed] and supplications with strong crying and tears to Him Who was [always] able to save Him [out] from death, and He was heard because of His reverence toward God [His godly fear, His piety, in that He shrank from the horrors of separation from the bright presence of the Father]. Although He was a Son, He learned [active, special] obedience through what He suffered. (Hebrews 5:7-8 Amplified)

Jesus could be loud, passionate, dramatic, and unafraid of tears. He could weep beside his grieving friends and he could be beside himself with joy when he saw how the Father revealed himself to the less-than-mighty. He could be silent. He was not manipulative with his emotional expressions (any parent of a toddler knows the difference between a pain cry and a but-I-wanna cry of protest.) Christ was reverently respectful but emotionally honest.

Our heavenly Father invites us to engage in shame-less communication with him. We don’t need to check our brains or our hearts at the gate or hide behind bushes of reserve. The secret place in his presence is the safest place on earth. He can handle our “drama” in the process of helping us grow in grace and knowledge. He is the perfect Father we all wish we had -and all of the love he directed at his son is also directed at us as we abide in him.