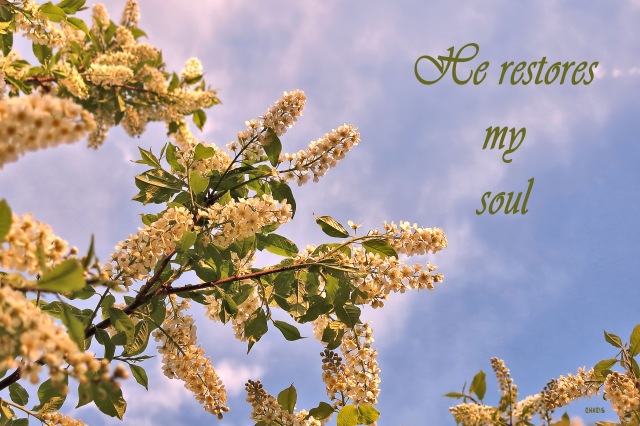 The year I started writing this blog our valley was hit by an explosive wind storm. Many homes were damaged and thousands of trees fell. (I wrote about it here.) I grieved for my beautiful shade tree, one of the victims. We carted the big old May tree away in pieces to a place where a wood chipper re-purposed it as mulch. I hated the gap left, but the back garden has improved with the increased sunlight. The roots were too hard to remove, so I left two shoots to grow and kept hacking away at the others that sprang up.  Yesterday I was doing a spring clean up in the yard when I saw the first blooms on the two shoots that have become young trees. Today most of the rest of them opened.

In all the years the big tree stood there it never blossomed before May 1. At this altitude and latitude it was often closer to June 1 than May 1 when the sweet-smelling flowers appeared. Because the root system established by the old tree was so deep and wide these two new trees springing up from it are growing faster than I could have imagined. They are filling in the gap and are taller than the house now. Hundreds of flowers cover them.

As I watched them sway in the golden sun of evening the word that came to mind was “restore.”

Humble yourselves, therefore, under the mighty hand of God so that at the proper time he may exalt you, casting all your anxieties on him, because he cares for you.

Be sober-minded; be watchful. Your adversary the devil prowls around like a roaring lion, seeking someone to devour.

Resist him, firm in your faith, knowing that the same kinds of suffering are being experienced by your brotherhood throughout the world.

And after you have suffered a little while, the God of all grace, who has called you to his eternal glory in Christ, will himself restore, confirm, strengthen, and establish you.

The Lord is faithful. He himself has restored. Now I have two May trees – and they are blooming sooner than expected. The first signs of promise of the restoration of many things. I wait and watch with anticipation. 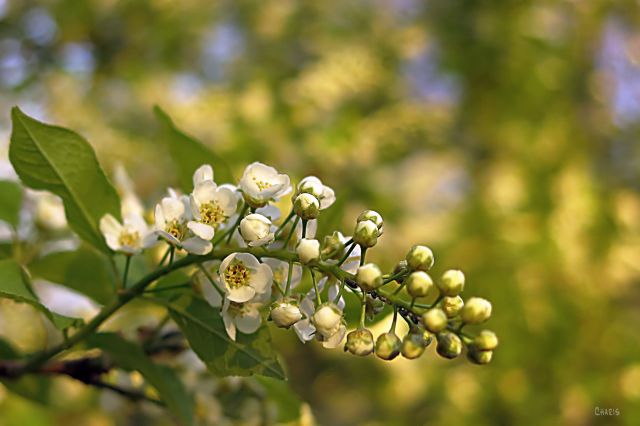