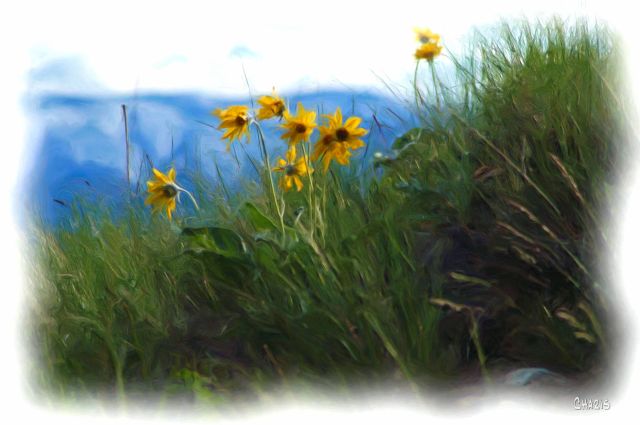 Sometimes it takes me a while to figure out where my emotions are coming from. I agree with people who say we ought not to be led by emotions, but I don’t discount them. God created us with emotion for a reason. Jesus demonstrated a full range of emotional experience, and demonstrated their rightful place. Like the Psalmist I have been asking my soul, “Why are you downcast? Why are you disquieted?”

Grief has roots that tangle under the surface. You can’t tug on one without unsettling memories of other losses and separations. This time of pandemic-led physical separation, although not permanent (we hope), is also stirring up feelings of old losses. I miss my loved ones. I miss my friends. I miss my freedom. I know we shall soon meet again, but these nebulous emotions all end up in the same pot like some strange concoction of lament that ignores reason. It feels like grief.

I’ve been feeling a bit down and unusually nostalgic the last few days. Old movies, old songs, old photos, old recipes, and even old cars make me laugh, but also shed tears. This morning, it being Mother’s Day, I thought about my mother, who passed away eleven years ago. I wish I could sit in her kitchen and tell her about my day. I read many posts from motherless children and childless mothers on Facebook, so I know I am not the only one who is aware of the ambivalent feelings this day evokes.

Then I remembered this week also marks the anniversary of separation from my Dad as well.

Time shrinks and stretches with age, moreso without the usual daily landmarks that keep us oriented. What day is it? Has it been three or four years since I received the call that Dad died in his sleep? The fence needs painting again. Didn’t I just do that? Was it really almost sixty years since Daddy took the photo of Mom serving Kool-aid to the pretty little girls in their birthday party dresses? The house I grew up in shows up on Google maps. It is dwarfed by the trees my brother and I planted as seedlings we received at school. When did that happen?

Part of prayer is paying attention to the stirrings in our hearts as we lean in to hear our heavenly Father. God often speaks to me through music. As I asked him to bring clarity to this messy emotion a song started to play in my mind. It is Brahms’ setting of John 16:22. In English it reads:

“So will you also pass through a time of intense sorrow when I am taken from you, but you will see me again! And then your hearts will burst with joy, with no one being able to take it from you!” (from The Passion Translation that seeks to include emotional content)

These were Jesus’ words to his friends before he was taken from them. We know the next part of the story – that he conquered death and appeared to them again before ascending to his place with the Father. He told them, on that same evening he gave the warning, that something better was coming. He was sending the Holy Spirit to advocate, teach, comfort, and empower in his place.

We have the advantage of living on the other side of the cross. We know loss here and now, but we also know that Holy Spirit will never leave. He reminds us of the promise that is for both here and now and even more in the future: “Then your hearts will burst with joy with no one being able to take it from you!”

Why, my soul, are you downcast?
Why so disturbed within me?
Put your hope in God,
for I will yet praise him,
my Savior and my God.