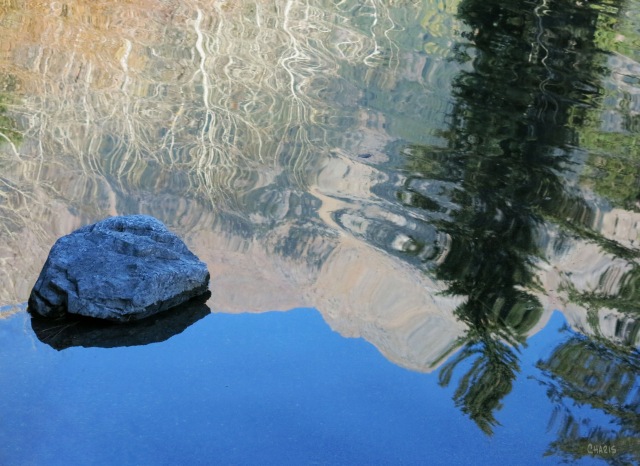 I kept hearing this song in my sleep the night before last. It came after a dream in which I saw a pack of big black dogs running up behind me. I was frightened by them, but I then I realized they were army-trained rescue dogs.

Those animals which scared me, and caused others in the dream to prepare to defend themselves against the pack, were not against us; they were for us. They were the dogs of war and had been released on our behalf. They were on our side. I was told not to distract them, to be still, stand back and let them get to work. Then the song began to play over and over.

When I awoke and looked at the lyrics of the old hymn I realized “Be Still My Soul” repeats the sentiments found in Psalm 46. “Be still and know that I am God” can also be translated as “Cease striving and know that I am God.” Those words are found embedded in a psalm that is about fear in the midst of war and tumult in the earth.

Be Still, My Soul

Be still, my soul; the Lord is on thy side;
Bear patiently the cross of grief or pain;
Leave to thy God to order and provide;
In every change He faithful will remain.
Be still, my soul; thy best, thy heavenly Friend
Through thorny ways leads to a joyful end.

Be still, my soul; thy God doth undertake
To guide the future as He has the past.
Thy hope, thy confidence, let nothing shake;
All now mysterious shall be bright at last.
Be still, my soul; the waves and winds still know
His voice who ruled them while He dwelt below.

God is our refuge and strength,
A very present help in trouble.

Therefore we will not fear, though the earth should change
And though the mountains slip into the heart of the sea;

Though its waters roar and foam,
Though the mountains quake at its swelling pride. Selah.

There is a river whose streams make glad the city of God,
The holy dwelling places of the Most High.

God is in the midst of her, she will not be moved;
God will help her when morning dawns.

The nations made an uproar, the kingdoms tottered;
He raised His voice, the earth melted.

The Lord of hosts is with us;
The God of Jacob is our stronghold. Selah.

Come, behold the works of the Lord,
Who has wrought desolations in the earth.

He makes wars to cease to the end of the earth;
He breaks the bow and cuts the spear in two;
He burns the chariots with fire.

The Lord of hosts is with us;
The God of Jacob is our stronghold. Selah.

God’s answers to our pleas for help don’t always look like what we expect. You can pray and ask God to do something, but you can’t tell him how to do it. An intercessor is called to stand in the gap without standing in the way.