When he placed a bowl of fresh strawberries in front of me at the breakfast table, I knew I was in the home of a truly wealthy person. I was about ten-years old and our family was visiting an old friend who had inherited a grand Edwardian home in Vancouver. The previous owner kept it exactly the way it looked when his wife died in the twenties. It was a fine house with servant’s quarters, and call bells, inlaid parquet floors, and portraits of important-looking people peering down from the walls around the grand staircase. Our host gave me my own room with a four-poster bed and a Romeo and Juliet balcony -and strawberries on fine china for breakfast. I felt like a princess.

I don’t think my grandchildren believe me when I tell them that we didn’t have nectarines, or kiwis, or sushi, or even pizza when I was a kid. Pizza was a new fad when I started Jr. High school -and let’s just say it had not yet been perfected. We never had fresh green vegetables that didn’t come straight from the garden in the summer. We ate canned peas, corn and green beans and boiled carrots most of the year. Spinach was this vile black stuff in a yellow and red can that even Popeye would be loath to touch. Fresh Mandarin oranges, wrapped in green paper, only showed up at Christmas; peaches, nestled in wooden boxes, came off the back of a truck from the Okanagan in August; and strawberries, ah, beautiful strawberries, came in little woven baskets at the end of June. Strawberry season was so special that church ladies had strawberry teas just to celebrate. And we had strawberry shortcake with piles of whipped cream, or strawberry and rhubarb pie, or strawberries and ice cream for dessert until the season was over about a month later – but always at the end of the last meal of the day, after we had earned it by dutifully downing our mushy canned peas or yucky spinach.

But strawberries for breakfast? I had never tasted anything so good. Who has dessert first thing in the morning? 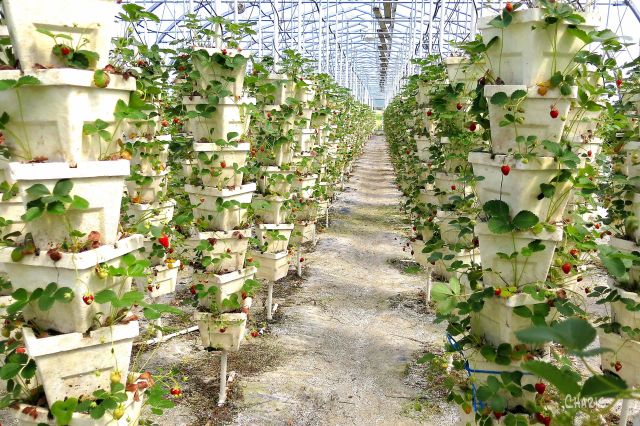 I was thinking about Jesus’ first public miracle when he changed the water into wine at Cana. When he chose to replace the water with wine and to use the six giant stone vessels that held water for religious purification rites, he was deliberately messing with some folks’ idea of decently-and-in-order. He provided a taste of the wine to come (which, in Biblical metaphorical language, represented The Messiah’s blood ) in a display that was just like His over-the-top grace.  It was His job to show us what God, his Father, is really like, so He did. When the banquet manager tasted it, he was amazed that it was better than the wine the crowd was already a little tipsy on (because, as he noted, that they probably wouldn’t appreciate it properly by this point.) Like God’s grace, it’s quality was better than required.

At the wedding that marked the beginning of his public ministry, Jesus was giving a taste of the goodness of the Father, a filled-to-the-brim abundance of provision, to people who had no appreciation for its significance. John says he revealed his glory there – and he offered his family and friends a taste of the glory to come.

In God’s economy we do not have to strive to earn His favour. Like strawberries for breakfast, His goodness is served up for people who do not realize it is merely a taste of the glory to come.

Taste of His goodness; see how wonderful the Eternal truly is.
Anyone who puts trust in Him will be blessed and comforted.
(Psalm 34:8)

This week I had strawberries for breakfast -with sushi.

5 thoughts on “Strawberries for Breakfast”