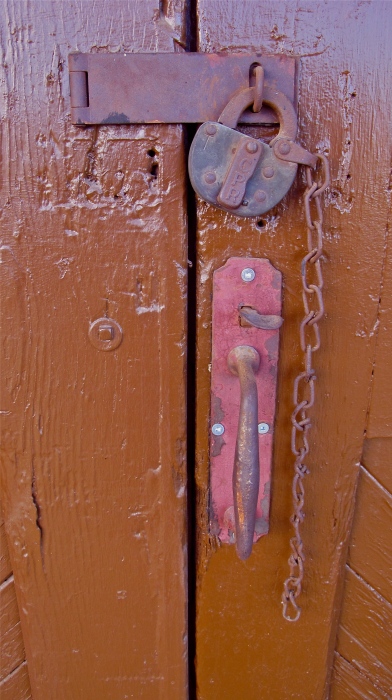 I have a confession (and this relates to the (B)log in My Eye Blog). One of the things that fires up my ire to bonfire level is when other people turn away from suffering and overlook the needs of the oppressed. I call them hard-hearted (and a lot of other not nice words.) It is totally beyond my comprehension how any civilized society can withhold affordable healthcare from those who would like to be hard-working folk, or turn away genuine refugees, or feast in the presence of the starving, or provide drugs and facilities for terminating the most vulnerable among us. When I hear of anyone being sexually abused or exploited I could march my 5 foot 2 and ¾ inch granny self right in that place and bless the perpetrator with a brick to the gonads –and if anyone gets in my way, they can expect a few bricks to the face themselves. I am outraged that….that…that…ooooh…don’t get me started. I want to yell, “Don’t just sit there. DO SOMETHING!!!”

This week I kept running into the phrase “Do not harden your heart” too many times to ignore, so I asked God, “What you talkin’ about? Me? I don’t think so, cuz I’m the one who gets into trouble for shooting off my mouth and meddling when it comes to standing up for the underdog.”

The other words that keep showing up are “Meribah” and “Pisgah” Now that’s just weird. Who wakes up in the middle of the night muttering, “Pisgah!” before they even slam a toe into a chair leg?

So I’ve been meditating on the verses about hardening the heart and what happened at Meribah and Pisgah. I believe this is what Abba wanted me to grasp. (Meditating is a bit like worrying -but with useful subject matter.) Hardening my heart is not about turning a blind eye to suffering. Hardening my heart is about not having the faith to believe that God has a better solution than I do.

Is the Lord among us or not?

And he called the name of the place Massah [testing] and Meribah [quarrelling], because of the quarrelling of the people of Israel, and because they tested the Lord by saying, “Is the Lord among us or not?” (Exodus 17:7)

Today, if you hear his voice, do not harden your hearts as at Meribah, as on the day at Massah in the wilderness when your fathers put me to the test and put me to the proof, though they had seen my work. (Psalm 95:8)

This story is referred to again in the third and fourth chapters of Hebrews which talk about entering into his rest.

Take care, lest there be in any of you an evil unbelieving heart, leading you to fall away from the living God. But exhort one another every day, as long as it is called “today” that none of you may be hardened by the deceitfulness of sin. (3:12,13)

The test at Meribah was a big one. It was about unbelief. (Quarrelling can be a symptom of unbelief.) Even the great leader, Moses, was caught up in unbelief and felt he had to go beyond God’s instructions and do something more attention-grabbing on his own. He didn’t simply speak to the rock like God said. (I picture Scottie in that Star Trek movie saying “Computer? Computer!’” as Moe says, “Rock? Rock! ”) Obeying only what Yhwh said to do was such a big deal, that failing the test at Meribah kept Moses out of the Promised Land. He only got to see it from Pisgah, where he summed up his final warnings to the people not to forget what the Lord had done.

The other time the term “hard hearted” comes up is when Jesus is with the disciples. They had just come back all high from a short-term missions trip where they cast out demons and healed the sick. They amazed themselves. They were actually seeing and doing the stuff! It hit the media. Even Herod heard about it. Jesus advised them to come away by themselves for a while. (Oh boy. How many people who have seen God work through them would be wise to take this advice and get away from the spotlight for a while before it all goes to their heads or they start doing or saying stupid things from fatigue?)

When the crowds followed them and ran ahead Jesus was moved with compassion. The disciples were moved with logistics and problem-solving issues and pseudo-compassion combined with a little ego. Their solution was to send the folks to the villages (and foist the problem onto local officials. Can you see the mayor of Punkiedoodle Corners panicking as 5000+ people bear down on Faye’s Diner and Donairs and the Esso station’s one septic tank?)

Jesus told his guys, “You feed them.”

My honest response to a situation like that probably would have been, “Whaaaat ??????”

I think Jesus knew they didn’t have a clue, so he did the logistics thing for them and set up the people in groups which could be easily counted . He even divided the lunch into bits for each of them to serve to the people. But here’s the cool part. Jesus did not multiply the food. He gave each of them something like 2/5th of a bun  and 1/6th of a fish, and sent them off  to their assigned mob with a grin on his face, I’m sure. The miracle happened as the guys acted in faith –in their own baskets, or whatever they used to pass the food around in.

So they were all fed and had leftovers –but you know the story.

In the next scene the guys are out in a boat in a wind that is blowing the wrong way, getting nowhere fast. Jesus strolls by on the water, tells them to take heart, gets in the boat and the wind stops. (My granddaughter has great insight into another telling of the story , which I blogged about in Red Button, Yellow Button.)

This is what the scripture says: And they were utterly astounded for they did not understand about the loaves, but their hearts were hardened.

In Chapter 8 of Mark the lesson on how to feed lots of company is repeated for the  remedial miracles class. A little later they are on about lack of bread again. (It is so comforting to me to know that even the people who were with Jesus day and night could be as dense as I am sometimes.) He said to them, “Do you not perceive or understand? Are your hearts hardened? Having eyes do you not see, and having ears do you not hear? And do you not remember? Do you not yet understand?”

OK. So hardening of the heart is about forgetting the things that God has done in our lives. Hardening of the heart is about thinking we have to come up with our own solutions sans the power of God. Hardening our hearts is acting like ungrateful victims who do not realize the authority which Christ has given us to work with him and do the stuff. In this same conversation Jesus tells the guys, “Beware the leaven of the Pharisees and beware the leaven of Herod.”

Pharisees tried to solve societal problems with their limited understanding of earning God’s favour through their own strict adherence to rules and regulations. Herod relied on political solutions by winning the approval of the people around him.

Why now? Why is God talking to me about hardening the heart?

Have you ever noticed that when God teaches you something he follows up the lesson with a homework assignment? Have you noticed when you have a promise from God that the opposite circumstances show up?

My friends and I have been praying about unity in the church for a while. When we talk about unity, people often come up with ideas for inter-church music celebrations or rallies and  picnics in the park. When we pray about it, it seems like all hell breaks loose. Our town is a mess of schisms and division and dwindling church attendance right now. Why should this be a surprise?

One night we were praying about an important board meeting for an organization. I was praying that things would go smoothly when my friend said, “Stop. I think we are to pray simply that God has his way.” So we did. Afterward we heard from a board member that it was the worst, most upsetting, unloving, unchristian meeting he had ever attended. Unforgiveness and wounds which had been festering for years under superficial healing of polite niceness split open and all manner of ugliness spilled out. The moderator was in tears at his lack of control over the meeting.

The intercessors were shocked, but knew that God answered the prayers for unity. It has taken months, but now the group is working on some root problems, forgiving, and dealing with real issues.

We’ve seen this pattern over and over.

In the past couple of days I have read some very discouraging posts on social media about the American election. I have die-hard friends with strong political ideals on both sides (I wonder if I ever combined them in one room if we could replace a few nuclear power stations). Politics a source of quarrelling? Duh.

I’ve seen many, even some with high-profile ministries, bewailing the fact that their country is now officially doomed (in their eyes). It’s like they are grumbling, “There is no water in Meribah!! All hope is gone. We will die in this moral wilderness!  This country has sinned too much! (leaven of Pharisees) What if we elect the wrong leader?! (leaven of Herod) God is going to abandon us! Aaaaaaaargh!” (The fact that a lot of us don’t live there or even had a vote seems to be lost in the ash-flinging. We get caught up in it too.)

People, we are at Meribah in our history in the western Church. He has brought us here for a reason.

Seriously, is the Lord among us, or not? Are we dependent on religious “righter-than-thou” solutions and forcing people who have no comprehension of a loving heavenly Father into religious rule-minding to try to alleviate suffering?  Do we really think that by voting the “right “politician in place (or let’s be honest –for some voting the “wrong” one out) that we will again be prosperous and highly favoured?

Is God’s hand so wimpy that he cannot save us when we call out to him?

We need to drop the grumbling and complaining and the slick showmanship, and simply do what he asks whether it is talking to a rock or  daring to feed a crowd of hungry people with a tiny piece of bun and a bit of fish. We need to exhort each other daily (including overseers in the church) not to be taken in by deceitfulness and the sin of unbelief.

He will provide. We have a promise. In God we trust.

6 thoughts on “Hard hearted at Meribah”