Photo: An Upside Down Kingdom 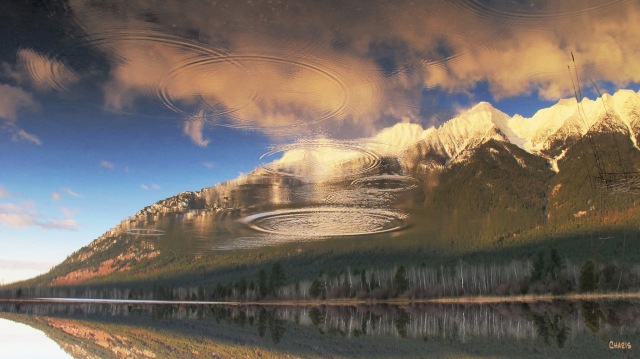 “Seek the Lord while he may be found;

call upon him while he is near;

let the wicked forsake his way,

and the unrighteous man his thoughts;

let him return to the Lord, that he may have compassion on him,

and to our God, for he will abundantly pardon.

For my thoughts are not your thoughts,

neither are your ways my ways, declares the Lord.

For as the heavens are higher than the earth,

so are my ways higher than your ways

and my thoughts than your thoughts.

I’m upset by division and quarreling I see amongst Christians around me. The interwebby thing is full of it. One week it’s about aggressive sex and submission of women, the next it’s about the right to speak out about how people who don’t trust God’s kindness yet should be forced (by those who supposedly do) to obey his standards anyway. As one editor wrote, “Controversy sells.”

In a previous blog I talked about the problem of living with paradox (two opposing ideas that are both true) and how we tend to want to slide toward one end or the other depending on which part of our soul is dominant  –the mind, the will or the emotions.

I have shifted from more than one paradigm to another on many issues, but even in myself there is tension and a desire to find a single logical solution. I’m ashamed to say that sometimes I enjoy debate and the power of witty words to put people down. Then I had a dream in which I was told to stop thinking in two dimensions.

So what dimension am I missing?  What is the viewpoint I have not taken into consideration?

Isaiah says God does not think the way we do; he is not limited to a view that is tied to time, or a physical spot on this planet, or even the laws of physics. The spiritual dimension is so much higher than our earth-bound reasoning abilities we have trouble imagining it.

I think the dimension that we tend to forget is the Kingdom of God.

He said that it was like a mustard seed, like leaven, like a net, like a hidden treasure or a priceless pearl that was worthy of the pursuer divesting himself of everything he had to get it.

He said his kingdom was not of this world and we could not observe this place with physical eyes. He told the people listening to him that it was in the midst of them.

He told the one who admitted that love was greater than sacrifice that he was not far from it.

He said expecting to use money to get there was less than useless; it was a hindrance.

He said that prostitutes and thieves would experience it before the powerful and self-righteous who rejected him.

He said that unless we were willing to enter as little children (I assume that means dropping  wealth, power, position, authority, good deeds, hard work, physical strength, education, talent, family or political connections, accomplishment or recognition –all the usual means to success in this world) that we couldn’t get in either.

When the disciples asked how to know the way he was going he said, “I am the way.”

He said he was the door (but it’s a narrow door that requires us to drop our backpacks, curriculum vitaes, and other accumulated assets.)

So Jesus again said to them, “Truly, truly, I say to you, I am the door of the sheep.  All who came before me are thieves and robbers, but the sheep did not listen to them.  I am the door. If anyone enters by me, he will be saved and will go in and out and find pasture. (John 10:7-9)

He said we had to be born again.

When the Kingdom of God intersected space and time on earth in the form of Christ Jesus, it opened up a doorway into eternity where things are different, where we realize our thinking is upside down.

“The natural man does not accept the things of the Spirit of God, for they are folly to him and he is not able to understand for they are spiritually discerned.” (1 Corinthians 2:14)

But the one who has been made spiritually alive has access to another dimension when, by faith, she or he lives in Christ and Christ lives in her or him.

But God, being rich in mercy, because of the great love with which he loved us, even when we were dead in our trespasses, made us alive together with Christ— by grace you have been saved— and raised us up with him and seated us with him in the heavenly places in Christ Jesus, so that in the coming ages he might show the immeasurable riches of his grace in kindness toward us in Christ Jesus. (Ephesians 2: 4-7)

Therefore let us be grateful for receiving a kingdom that cannot be shaken, and thus let us offer to God acceptable worship, with reverence and awe, for our God is a consuming fire. (Hebrews 12:28,29)

For those who trust and obey Jesus Christ, God has already seated them in heavenly places, since that is where Jesus sits and they are in him and he in them.

”… to make the word of God fully known,  the mystery hidden for ages and generations but now revealed to his saints.  To them God chose to make known how great among the Gentiles are the riches of the glory of this mystery, which is Christ in you, the hope of glory.” (Colossians 1:25-27)

In the Kingdom of God there is no division in the church. There are no labels. The church is one.

Why then, do we still compete with each other? Why do we think that if we are “righter than thou,” and work hard to impress him, God will let us enter through that door when we die?

What causes quarrels and what causes fights among you? Is it not this, that your passions are at war within you? You desire and do not have, so you murder. You covet and cannot obtain, so you fight and quarrel. You do not have, because you do not ask.  You ask and do not receive, because you ask wrongly, to spend it on your passions.  You adulterous people! Do you not know that friendship with the world is enmity with God? Therefore whoever wishes to be a friend of the world makes himself an enemy of God.  Or do you suppose it is to no purpose that the Scripture says, “He yearns jealously over the spirit that he has made to dwell in us”?  But he gives more grace. Therefore it says, “God opposes the proud, but gives grace to the humble.” (James 4:1-6)

Passions may be the big motivating factor in the world, but God doesn’t think like us.

Could it be that we don’t really trust him enough to obey him and to seek him for understanding of all these paradoxes or for wisdom on how to live in love and the bond of peace?

Let us then with confidence draw near to the throne of grace, that we may receive mercy and find grace to help in time of need. (Hebrews 4:16)

What if we are meant to start to enter into the Kingdom of God through Jesus Christ now and it’s not all about pie in the sky in the sweet by and by? What if we quit trying so hard to be the greatest and just rest in Jesus’ finished work? What if we trust him enough to believe what he says about us being new creatures and start acting like it? What if we could hear his voice and obey his commandments now?

For whoever has entered God’s rest has also rested from his works as God did from his. (Hebrews 4:10)

People who seek the Kingdom of God and his righteousness will not think the same way as those who are bound to earthly logic and reasoning ability. They do not fit in. They are annoying because they refuse to play by the same rules. They don’t wear the same trendy labels; they are frequently misunderstood. They are often persecuted –sometimes by those holding religious power– but that’s not unexpected. They did that to Jesus Christ too.

For the kingdom of God does not consist in talk but in power. (1 Corinthians 4:20)

Thy will be done on earth as it is in heaven.