We, and thousands of others, have changed our travel plans this week. Our intent was to drive to Edmonton, Alberta today to help an elderly relative. The flashing red weather advisory on the site I checked suggested we reconsider. Another winter storm is coming.

But it’s supposed to be spring, right?

Edmonton has apparently set a new record for the most number of consecutive days when the temperature has gone below freezing — a dubious achievement. The Cowboy Trail in southern Alberta (between here and there) could see more than 20 cm. of snow with high winds and white-out conditions. I’ve been caught in those blizzards before. We’re staying home.

I have developed a tradition in years when I’m longing for spring and it feels more like January 106th than April 16th. I go to the place where people are busy making preparation for warm sunny days in the garden, a place where it is already spring. I go to the greenhouses at our local nursery.

Yes, it’s too soon to buy plants, but the place is full of activity. Shipments of luscious greenery arrive from the coast, workers in the perennial house sort pots of tender shoots, and new staff clean shelves and learn where the fertilizer, whirl-a-gigs, and watering cans go.

As I walked between the aisles of charming English daisies, eager purple pansies, and beguiling begonias, it struck me that all of this preparation was being made in faith that spring and summer will arrive eventually — and the staff had better be ready for the rush.

Living by faith means making preparation for promises fulfilled. It is easier to complain about freezing temperatures than it is to clean the garden shed or sharpen the hoe or start seedlings inside, but if we really believe something is coming, change is about to happen, and hope deferred will grow into the flowering tree of desire fulfilled, we will make preparations.

Faith without works, if not dead, is at least dormant. Frozen. Under 20 cm. of snow. 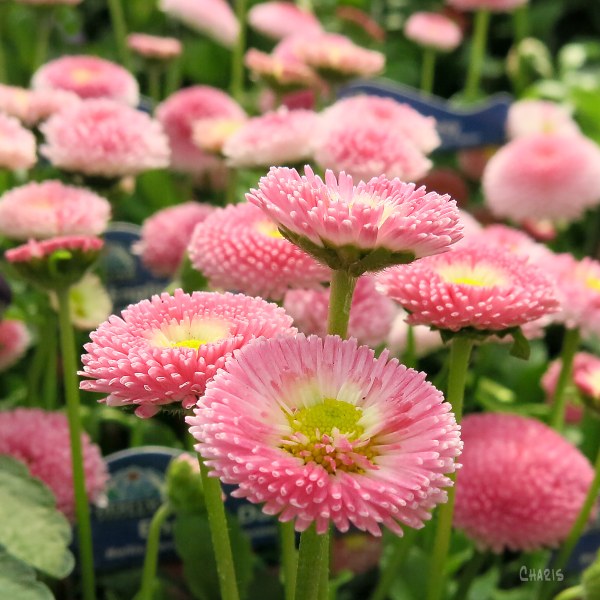 Hopeful people see the flowers in the greenhouse and admire them before their time, knowing that soon the promise of spring will become visible reality in our neighbourhoods.

People of faith also make preparations for change. They walk in the place where it has already happened in their hearts. Get ready. This may involve shoveling fertilizer and kneeling in the dirt first, but it’s going to be good.

2 thoughts on “In Days of Preparation”