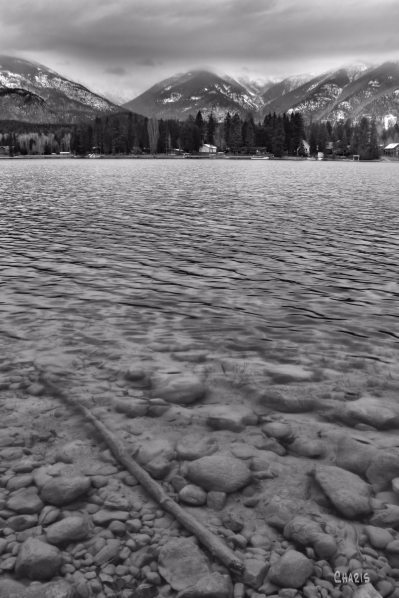 It wasn’t the kind of day when people think about going to the lake. I heard no boats, or children’s laughter, or squealing teens in the middle of a splash fight. I smelled no sweet  poplar sap or tangy sauce from smoking barbecues. The quiet off-season offers a different perception.

Someone suggested creating a photographic meditation during the Lent season as a preparatory discipline for Resurrection Sunday. If this were a religious requirement to add to a to-do list in order to appease an angry or narcissistic god, I would not participate, believe me. This is voluntary. I respond to this appeal to worship creatively. I make no promises about blogging the process daily. Not everything on the journey is for public consumption, but I will share my thoughts today.

Today’s word is surface, and yet, divergent (maybe even contrary) thinker that I am, I find I find myself drawn to go beyond the obvious and look for objects below the surface.

In a discussion with the religious “experts” of his time, who accused him of breaking the law by healing someone on the day of obligatory rest, Jesus said this:

“My message is not my own; it comes from God who sent me. Anyone who wants to do the will of God will know whether my teaching is from God or is merely my own. Those who speak for themselves want glory only for themselves, but a person who seeks to honor the one who sent him speaks truth, not lies. Moses gave you the law, but none of you obeys it! In fact, you are trying to kill me.”

The people who couldn’t hear pushed back.

Look beneath the surface.

We took a course on parenting teens. The teacher urged us to engage with our kids when emotional issues arose so we could understand the beliefs they held “below the water line.” The example he gave was of a girl who was desperate wanted to make a cheer-leading team and devastated when she didn’t.

After a heart to heart talk, the mother learned her daughter had accepted some lies about herself. Making the squad would squash her fears that inadequate attractiveness, or athletic talent would hinder her acceptance by people in her world. Under the water, lying unseen, was the shallow belief that her worth, her safety, her happiness, depended on what people thought about her and not on what God thought or could do. She was on the verge of making dangerous choices based on an unexamined false assumption.

The example prompted me to examine unconscious beliefs in my own life. One of the questions coming out of that experience was, “Why have I placed the approval of  humans (who can be very disappointing) ahead of the approval of the One who loves me perfectly and so selflessly that he was willing to give his only Son to demonstrate that love?”

In the altercation with the religious experts Jesus says it is possible to see below the surface. Their motive was not based on love. His was.

Jesus’ demonstration of love changed everything. God’s new covenant was not a reform school arrangement with punishments for breaking rules meant to clue rebellious kids into the fact that they are not actually in charge. God’s new covenant is based on responding to his love. Since you can’t say yes to love if you can’t say no, freedom is an essential part of this arrangement. Grace offers freedom. Grace is a terrifying concept to religious experts who are themselves motivated by fear of punishment.

Solomon, the king who was granted wisdom in response to his request to rule well, wrote:

There is a way which seems right to a man,
But its end is the way of death.
(Proverbs 14:12 NASB)

When we are being rational we use reason. When we rationalize we try to give actions, which seem right to us, the appearance of reason. We can be quite convincing — especially to ourselves. Sometimes our “appearance of reason” involves false ideas about God.

How can we know what lies down there? First, by admitting there is stuff down there. Second, by asking for help.

I keep coming back to Psalm 139. The psalmist sings about being intimately known by the Creator from his first moment of existence. It ends this way:

Search me, O God, and know my heart;
Try me and know my anxious thoughts;
And see if there be any hurtful way in me,
And lead me in the everlasting way.

Jesus is saying, “Look beneath the surface.” The surgeons who removed the nasty malignant tumour in my guts in October would not have been able to do so if I not had the guts to subject myself to diagnostic scans or to sign consent forms. I admit it was a struggle to trust them. It hurt. But now it is done and I am healing well.

In this season of preparation I am asking the Lord to help me see beneath the surface and lead me in his way of thinking.

Change my heart, oh God. Make it ever new. I give consent.

And I don’t say that lightly.