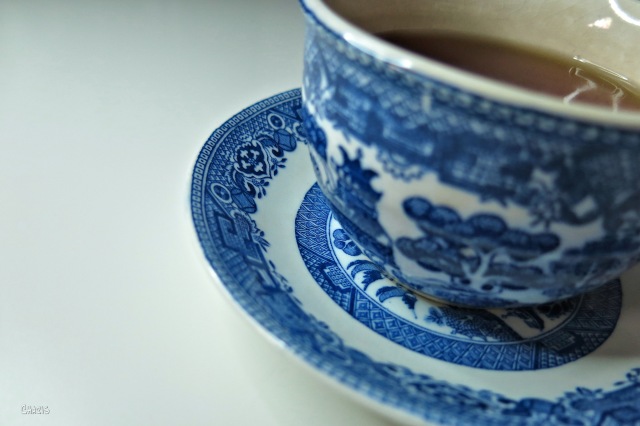 I eagerly responded to the invitation to tea with a new acquaintance I met at a classical music event and the elderly friend she described as a fascinating scholar with many interests. I was new in town and finding it hard to make friends. His home was like I imagined C.S. Lewis’ to be with solid well-used antique furniture surrounded by over-stuffed floor to ceiling book cases and the scent of pipe tobacco. He poured me a proper cup of tea from a proper tea-pot. No dangling bags on a string in a chipped pottery mug for these people.

Both of them asked me many questions about myself. They leaned forward attentively and encouraged me often.

I had an audience and I was on a roll. I told them some of my best anecdotes and they paid rapt attention.

Then the gentleman and scholar turned to my new friend and said (quite excitedly) “Yes, yes! You are completely right! Northwest Pacific mixed with British public school. I believe I hear some Dublin Irish occasionally as well,” He turned to me for a moment, “Do you have relatives from Ireland?” but without waiting for my response said to the woman, “No matter. There is Dublin influence in there somewhere. But it is quite unusual for this area.”

“I watched an Irish movie last night,” I offered, trying to get back into the conversation. “I pick up accents very easily.”

It’s true. I do pick up accents, often unintentionally. It’s embarrassing sometimes. People think I am mocking them when I respond with the same vowel shifts they are using. When I am in performance mode the years of training as a singer slip in their influence as well. I unconsciously raise my soft palate, elongate the vowels and enunciate consonants. The result is that my accent changes slightly and sounds a bit like theatrical British posh.

Flashback: I’m doing a singing exam with an examiner sent to Calgary all the way from Trinity College of London: She apparently has been misinformed about Canadian weather and is sweltering in the June heat under her multilayered wool suit and hat with the bobbing pheasant feather. Suddenly she stops me in the middle of a song and tells me she can’t bear my atrocious accent a moment longer. “The word is ond, OND! Not aaand! Now sing it properly or I shall dismiss you immediately.”

I’m not aware that I’m changing my accent when I feel I’m being scrutinized, but people tell me I do. I thought I was the only one until I heard another classically trained singer speak. After listening to an interview of a famous woman I wondered where on earth a black girl from Georgia picked up that accent. Then I realized she did it too.

It took only a few minutes of hanging around the edge of the tea time people’s linguistic analysis conversation to realize they had not heard a word I said, only how I said it. I left shortly after, feeling very awkward, as they continued to discuss my phonation, and frankly, I felt lonelier than ever. Not only did they not hear my stories, they did not hear my heart. I longed for connection, for friends, but they were totally oblivious to that expression. It’s like the teacup mattered more than the tea.

This memory surfaced today in the context of a discussion of a blog suggesting that certain popular worship songs ought to be expunged from praise leaders’ repertoire. The complaints about the songs were that they were shallow, repetitive, theologically weak, or had uncomfortable imagery. To be honest, with little effort I could easily condemn them for more reasons than that – don’t get me started – oh what the heck –  the main one being that many corporate worship songs are written for a musically illiterate audience and have to be easy enough for anyone to learn by rote after three repetitions of the words on a screen – in other words they have the lyrical and musical complexity of a commercial or nursery song. For many musicians, asking them to confine themselves to current expressions of contemporary Christian music is like asking a person who has trained all their lives to be an Olympic swimmer to be happy within the confines of a hot tub.  There is nothing wrong with hot tubs, but they are not Olympic pools.

But then I see a crayon drawing my grandson made for me. It’s a bunch of semi-organized scribbles really, but to me it is right up there with the Mona Lisa, because he did the best he could in his efforts to honour me. I don’t see the colouring out of the lines; I see the little lad’s loving heart, and it thrills me. I hug him and plant a kiss on the top of his sweet head.

I believe in excellence and that those who can compose and play skillfully need to offer the Lord their best (Is there room in the Church for the Bachs and Brahms and Jenny Linds of today where they will not be accused of “showing off?”) But I also realize that praise and worship is all about the heart and not performance. When we worship together the Holy Spirit in me connects with the Holy Spirit in you and we unite to express our love to God. If that means extending grace to choose a simple repetitive song we can all join in, so be it. He is listening to more than the way we sing our words. He hears our hearts, our longing for connection, and He draws us in for a big  kiss, sloppy or theologically tidy – He picks.

6 thoughts on “Tea Time: When Meaning Matters More Than Words”